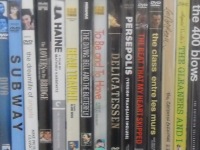 The Department of World Languages and Cultures offers a major in French, German and Spanish. Stetson University also offers majors in Russian, East European and Eurasian Studies and Latin American and Latino Studies. The major combines incredible opportunities for personal enrichment with the practical skills required in this age of globalization. Students enjoy learning about a foreign culture while perfecting their language skills. For that reason, it is expected that all language majors will participate in at least one semester of the study abroad program. Students who spend a semester abroad often find it easy to double major. Students can also work on certification to teach at the K-12 level as part of their major.

The department also offers a minor in French, German, Russian and Spanish. A minor can also usually be completed during one semester abroad after the student has finished 102 or met the prerequisite to participate.

The French major requires a total of 11 units:

The German major requires a total of 11 units:

The Spanish major requires a total of 11 units:

Language majors who wish to be certified to teach in grades K-12 are required to take LING 301 and EDUC 361. Both courses can be included in the department electives.

A minor consists of five units at the 201 level and above in the chosen language. The sequence and combination of courses is selected with the advice of the student's advisor and a professor in the planned minor.

A minor can often be fully completed during one semester abroad after the student has finished the 102 class or met the prerequisite to participate.