Teresa Carmody is the author of Maison Femme: a fiction (2015) and Requiem (2005). Her work has appeared or is forthcoming in The Collagist, Two Serious Ladies, St. Petersburg Review, Faultline, Entropy, and more. Carmody is co-founding editor of Les Figues Press, an imprint of LARB Books in Los Angeles, and director of Stetson University's MFA of the Americas.

Veronica Gonzalez is an artist, writer, and filmmaker. Her first novel, twin time: or how death befell me, was published by semiotext(e) and was awarded the 2008 Aztlan Literary Prize. Lynne Tillman calls her second novel, The Sad Passions (2013), “honest and riveting,” and Francisco Goldman hailed it “a beautiful and moving choral tale of isolation, love, damage, and intimate struggles.” Her latest film is Pat Steir: Artist—an inspired and beautiful film about a truly groundbreaking female artist.

Cyriaco Lopes is a visual artist interested in systems of representation, language, and politics. Lopes has exhibited at the Museum of Modern Art in Rio de Janeiro, the Museum of Art of São Paulo (MASP), El Museo del Barrio in NYC, the Centre Wallonie Bruxelles in Paris, Casa Degli Artisti in Milan, among many other international venues. He is the winner of the NYC World Studio Foundation Award, the Contemporary Art Museum Saint Louis Project Award, and the São Paulo Phillips Prize. His collaborations with poet Terri Witek have been seen around the world, including at the National Academy in Lisbon, Portugal, the Pennsylvania Academy of Fine Arts in Philadelphia, the Salford Museum, in Manchester, England, and Oi Futuro Center for Art & Technology in Rio de Janeiro, Brazil. Lopes is an associate professor of photography and deputy chair of the Art & Music department at John Jay College/the City University of New York. 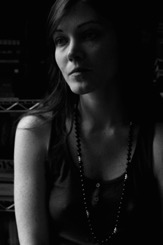 Sarah Gerard is a writer and visual artist. Her most recent novel, True Love, is forthcoming from Harper Books in 2020. Her essay collection Sunshine State (Harper Perennial, 2017) was a New York Times Editors' Choice, a finalist for the Southern Book Prize, and was longlisted for the PEN/Diamonstein-Spielvogel Award for the Art of the Essay. Her novel Binary Star (Two Dollar Radio, 2015) was a finalist for the Los Angeles Times Art Seidenbaum Award for First Fiction and was a best-book-of-the-year at NPR, Vanity Fair, and Buzzfeed. Gerard's paper collages, short stories, essays, and interviews have appeared in many venues such as The New York Times, Electric Literature, and BOMB Magazine. She is the 2018 – 2019 New College of Florida Writer-in-Residence.

Urayoán Noel was born and raised in San Juan, Puerto Rico, lives in the Bronx, and is an associate professor of English and Spanish at NYU. Noel is the author of Buzzing Hemisphere/Rumor Hemisfe'rico (Arizona, 2015), Hi-Density Politics (BlazeVox, 2010), Kool Logic/La Lo'gica Kool (Bilingual Review, 2005), and several books mostly in Spanish, most recently the performance text EnUncIAdOr (Educacio'n Emergente, 2014). His critical study In Visible Movement: Nuyorican Poetry from the Sixties to Slam (Iowa, 2014) won the LASA Latina/o Studies Book Award and an honorable mention in the MLA Prize in Latina/o and Chicana/o Literary and Cultural Studies. A contributing editor of NACLA Report on the Americas and Obsidian: Literature & Arts in the African Diaspora, Noel has received fellowships from the Ford Foundation, the Howard Foundation, the Bronx Council on the Arts, and CantoMundo.

Stephanie Sauer is the author of Almonds Are Members of the Peach Family (Noemi Press) and The Accidental Archives of the Royal Chicano Air Force (University of Texas Press). Her writings and artist books have appeared in Drunken Boat, Asymptote, So to Speak, Grain, and Lavender Review, and exhibited at the De Young Museum, Chicago Cultural Center, and the National Library of Baghdad. Sauer’s work has earned the Barbara Deming Memorial Award for Nonfiction and fellowships from Yaddo and the Kimmel Harding Nelson Center for the Arts. She serves as a visiting instructor at the San Francisco Art Institute and Stetson University’s MFA of the Americas program. Sauer currently lives between California and Brazil, where she edits Copilot Press and co-manages A Bolha Editora, the in-translation press that first brought the work of Hilda Hilst into English.

Terri Witek is the author of The Rape Kit (2018–winner of the Slope Editions Prize), Body Switch (2016), Exit Island (2012), The Shipwreck Dress (2008), Carnal World (2006); Fools and Crows (2003); and Courting Couples (2000), a Center for Book Arts Prize winner. Her poetry often traces the breakages between words and images: she has collaborated with Brazilian visual artist Cyriaco Lopes since 2005. Witek's collaborations with digital artist Matt Roberts use augmented reality technology for smartphones to poetically map cities and have been featured in Matanza (Colombia), Lisbon, Glasgow, Vancouver, and Miami.