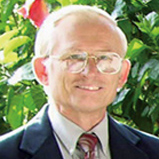 Professor of Law and Special Counsel
The Catholic University of America
Washington, D.C.

William A. Kaplin is a research professor of law at The Catholic University of America, where he is also special counsel to the University's Office of General Counsel. He is also distinguished professorial lecturer at Stetson University College of Law and senior fellow at its Center for Excellence in Higher Education Law and Policy. His A.B. is from the University of Rochester and his J.D. (with honors) is from Cornell University. He has been a visiting professor at Cornell University, at Wake Forest University, and at Stetson University; a distinguished visiting scholar at the University of Houston's Institute for Higher Education Law and Governance; and a scholar-in-residence at Wake Forest University and at the George Washington University Institute for Educational Leadership. Professor Kaplin teaches courses in education law and constitutional law. His books include: The Law of Higher Education: A Comprehensive Guide to the Legal Implications of Administrative Decisionmaking, 4th ed. (with Barbara Lee) (Jossey-Bass, Inc., 2006); The Law of Higher Education Fourth Edition: Student Version (with Barbara Lee) (Jossey-Bass, Inc., 2007); Cases, Problems, and Materials for Use With The Law of Higher Education (with Barbara Lee) (NACUA, 2006); A Legal Guide for Student Affairs Professionals, 2d ed. (with Barbara Lee) (Jossey-Bass, Inc., 2009); and American Constitutional Law: An Overview, Analysis, and Integration (Carolina Academic Press, 2004). He has also recently written Fiscal Inequities and Resegregation: Two Pressing Mutual Concerns of K-12 and Higher Education, a chapter in Dyson & Weddle (eds.), Our Promise: Achieving Educational Equity for America's Children (Carolina Academic Press, 2008).

Professor Kaplin is a member of the Editorial Board for the Journal of College and University Law; a mentor/leader for the bi-annual University of Houston Higher Education Law Roundtable; and a member of the U.S./U.K. Higher Education Law Roundtable that had its inaugural meeting in summer 2004 at Oxford University. He is also a past Chair of the Education Law Section of the Association of American Law Schools; a former Editor of the Journal of College and University Law; and a former member of the Education Appeal Board of the U.S. Department of Education. He has been awarded the American Council on Education's Borden Award, the Association of Student Judicial Affairs' D. Parker Young Award, and the Twentieth Anniversary Scholarship Award presented by the conveners of the annual National Conference on Law and Higher Education, and has been selected as a fellow of the National Association of College and University Attorneys.