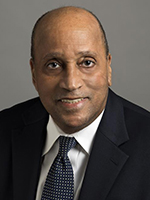 Leland Ware is the Louis L. Redding Chair and Professor of Law & Public Policy at the University of Delaware where he also teaches Africana Studies. He has a bachelor's degree in history from Fisk University and a Juris Doctor from Boston College of Law.

He has authored more than 100 articles in academic journals and other publications on various aspects of civil rights law and co-authored two books, Brown v. Board of Education: Caste, Culture, and the Constitution and Choosing Equality: Essays and Narratives on the Desegregation Experience. Prior to his work in academia, Ware was a trial attorney with the U.S. Department of Justice.

No honoree was selected during this year. 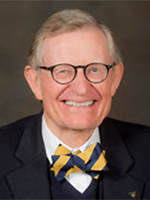 Dr. E. Gordon Gee is one of America's most prominent higher education leaders, having served as president of some of the most prestigious public and private universities for more than three decades.

Gee has built a special relationship with the students as well as the state's citizens, making it a point to visit students where they live, learn and socialize -- and visiting all 55 West Virginia counties during his inaugural year – and at least half in subsequent years.

Born in Vernal, Utah, Gee graduated from the University of Utah with an honors degree in history and earned his J.D. and Ed.D. degrees from Columbia University. He clerked under Chief Justice David T. Lewis of the U.S. 10th Circuit Court of Appeals before being named a judicial fellow and staff assistant to the U.S. Supreme Court. In this role, he worked for Chief Justice Warren Burger on administrative and legal problems of the Court and the federal judiciary. Gee returned to Utah as an associate professor and associate dean at the J. Reuben Clark Law School at Brigham Young University and was granted full professorship in 1978.

Gee has served on several education-governance organizations and committees, including the Big 12 Conference Council of Presidents, the Business Higher Education Forum, and the American Association of Universities. He was chair of the American Council on Education's Commission on Higher Education Attainment and served as co-chair of the Association of Public and Land-Grant Universities' Energy Advisory Committee. In 2009, King Abdulaziz University in Saudi Arabia invited him to join its international advisory board. In 2009, Time magazine named him one of the top 10 university presidents in the United States.

Gee is serving as chair of the Big 12 Board of Directors Executive Committee for the 2017-18 year. Active in many national professional and service organizations, he is on the executive committee of the National 4-H Council Board of Trustees and serves on the board of directors of the American Council on Education, the nation's largest higher education organization, as well as on the board of trustees of the Royal University for Women in Bahrain, with which WVU has a long-standing academic partnership. A recipient of the Distinguished Eagle Scout Award, he is an executive board member of Boy Scouts of America. He has also served on the boards for the Rock and Roll Hall of Fame and Museum and Limited Brands.

Gee has received many honorary degrees, awards, fellowships, and recognitions. He is a fellow of the prestigious American Association for the Advancement of Science, the world's largest science organization. In 1994, Gee received the Distinguished Alumnus Award from the University of Utah, as well as from Teachers College of Columbia University. In 2013, he received the ACE Council of Fellows/Fidelity Investments Mentor Award and the Outstanding Academic Leader of the Year Award on behalf of Historically Black Colleges and Universities. He is the co-author of 11 books, including Law, Policy and Higher Education, published in 2012. He has also authored many papers and articles on law and education.

Amy Gajda, the Class of 1937 Professor 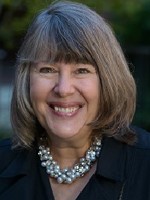 of Law at Tulane University Law School, is recognized internationally for her work that navigates the tensions between public interests in social regulation and protected expression, including academic freedom and press rights. Her scholarly articles have appeared in the California Law Review and multiple other legal journals and she has presented her work at scholarly conferences around the world.

Her most recent book, The First Amendment Bubble: How Privacy and Paparazzi Threaten a Free Press, published in 2015 by Harvard University Press, explores judicial oversight of journalistic news judgment. An earlier book, The Trials of Academe (Harvard University Press 2009), focused on the academic expression on campus. She co-authored The Law and Higher Education (CAP 2016; with Michael Olivas) and Mass Media Law (Foundation 2016; with three others) and has published invited opinion pieces in The New York Times, Slate, the New York Daily News, and other national publications. She is also a frequent commenter in print and broadcast media around the world, including the CBS Morning News, the Guardian, The New Yorker, the Australian Broadcasting Network, and many others.

Gajda practiced law in Washington, D.C., before starting her teaching career at the University of Illinois. She was awarded the Felix Frankfurter Award for Distinguished Teaching, Tulane Law School's highest teaching honor.

Judith Areen is the executive director of the Association of American Law Schools. The Kaplin Award recognizes scholars who have published works on education law that embrace the intersection of law and policy.

Areen's second edition casebook on Higher Education and the Law exemplifies this intersection of law and policy. Areen served as executive vice president for law affairs at Georgetown University and as dean of the Law Center for 15 years. She has served as director of the Legal Representation Project, was general counsel to President Carter's Reorganization Project, and served as special counsel to the White House Task Force on Regulatory Reform.

Prior to coming to Penn State, Dr. Hutchens served as a faculty member at the University of Kentucky in the Department of Educational Policy Studies and Evaluation. He earned a Ph.D. in education policy with a specialization in higher education from the University of Maryland. While in graduate school, he served as a legislative fellow on the U.S. Senate's Committee on Health, Education, Labor, and Pensions. He earned his J.D. from the University of Alabama School of Law, where he graduated summa cum laude and was a member of the Order of the Coif and of the Alabama Law Review.

Dr. Hutchens was the 2015 recipient of the William A. Kaplin Award from the Center for Excellence in Higher Education Law and Policy at Stetson University College of Law. He serves on the Litigation Committee for the American Association of University Professors. He is also on the Board of Directors for the Education Law Association.

Dr. Hutchens' research centers on law and policy issues in higher education. A key strand of his scholarship focuses on increasing strains on faculty independence and autonomy, including in relation to academic freedom concerns. An important extension of his research in this area relates to challenges confronting non-tenure-track faculty. Dr. Hutchens has also examined legal questions dealing with college students' speech and religious rights. A key area of his research in the student speech realm has dealt with legal debate and uncertainty over the application of First Amendment standards to student online speech, in both curricular and co-curricular contexts.

Along with several other faculty members specializing in higher education legal issues, Dr. Hutchens is a regular contributor to HigherEducationLaw.org.

William E. Thro is the general counsel of the University of Kentucky and an accomplished attorney, academic and appellate advocate. At the university, he provides proactive advice on critical legal and policy issues. As an academic, his research focuses on constitutional law in educational contexts in both the United States and South Africa, with an emphasis on school finance litigation. He also serves as an adjunct professor.

Prior to assuming his present position in 2012, he spent more than 20 years representing public universities, including eight years as university counsel of Christopher Newport University, where he was also an associate professor of constitutional studies. In recognition of his numerous scholarly articles, book chapters, and other publications, Thro was recognized as a Fellow of the National Association of College and University Attorneys (2007) and a Distinguished Research Fellow of the National Education Finance Conference (2012).

Richard D. Kahlenberg is a senior fellow at The Century Foundation. He has been called "the intellectual father of the economic integration movement" in K-12 schooling, and "arguably the nation's chief proponent of class-based affirmative action in higher education admissions." He is also an authority on teachers' unions, private school vouchers, charter schools, turnaround school efforts, labor organizing and inequality in higher education. He is the author of five books, editor of eight Century Foundation books, and numerous articles.

Laura Rothstein joined the Louis D. Brandeis School of Law at the University of Louisville as a professor of law and dean in 2000 (serving as dean until 2005). She has written 14 books and dozens of book chapters, articles, and other works on disability discrimination, covering a broad range of issues, with an emphasis on disability discrimination in higher education. She chaired the AALS Special Committee on Disability Issues (1988-1990). In addition to her work in disability law, she has worked to promote racial diversity within legal education and the legal profession, and writes and lectures frequently on those topics. She has served as co-chair of the AALS Section on Disability Law, chair of the American Bar Association Section of Legal Education Diversity Committee, a member of the LSAC Minority Affairs Committee, and a member of the AALS Membership Committee. She currently serves on the Law School Admissions Council Pipeline Outreach Planning Committee. From 1980 to 1986, she served as faculty editor of the Journal of College and University Law, the law journal published by the National Association of College and University Attorneys.

Professor Barbara A. Lee conducts research on the impact of legislation and judicial decisions on employment relations policy and practices in academic and business organizations in the U.S. and Western Europe. Her work combines field studies and legal research methodologies and has been published in the Industrial and Labor Relations Review, Industrial Relations, Human Resource Management, the Journal of College and University Law, and the Journal of Higher Education.

She is the co-author of Academics in Court, a book dealing with the effects of discrimination litigation on plaintiffs and employer defendants, and The Law of Higher Education, 4 ed. and biannual supplements. Counsel to the firm of Edwards, Angell, Palmer & Dodge, LLP.

Michael A. Olivas is the William B. Bates Distinguished Chair in Law at the University of Houston Law Center and Director of the Institute for Higher Education Law and Governance at UH. He holds a B.A. from the Pontifical College Josephinum, an M.A. and Ph.D. from the Ohio State University, and a J.D. from Georgetown University Law Center.

He has a substantial and varied legal consulting practice, including representing faculty, staff, institutional, and state clients, serving as an expert witness in federal and state courts (including the U.S. Supreme Court, Circuit Courts of Appeals, and federal district courts), and joining as a member of litigation teams in educational, finance, and immigration matters. He is also the author or co-author of 14 books and numerous scholarly articles.

Robert O'Neil is a professor of law emeritus and director of the Thomas Jefferson Center for the Protection of Free Expression at the University of Virginia. With bachelor's, master's, and law degrees from Harvard University, O'Neil teaches constitutional law of free speech and the press, and church and state.