Stetson created the Facilitator Award for educators who embody the values and principles articulated by professor Peter Lake and Robert Bickel in their book The Rights and Responsibilities of the Modern University. The Facilitator Model urges educators to be proactive about safety and risk management and to develop organization environments that are reasonably safe, educationally relevant, and developmentally sound. 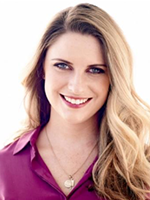 Annie E. Clark is the executive director of End Rape On Campus. She graduated Phi Beta Kappa from the University of North Carolina at Chapel Hill with a B.A. in Political Science and a certificate in business from Kenan Flagler Business School, and she is a former administrator at the University of Oregon. She has presented her work on interpersonal violence prevention to the United Nations Commission on The Status of Women and is a contributing writer to the Huffington Post, MSNBC, and The Chronicle Vitae. After directly working with New York Senator Gillibrand, she helped write the Bi-Partisan Campus Safety and Accountability Act. Her work has been featured in the New York Times, Vogue, Glamour, Good Morning America, Al Jazeera, ABC, CNN, and NPR among other media outlets. She has worked on numerous state-level education laws, and in 2013 was listed alongside President Barack Obama as one of the most influential forces in higher education. Clark is featured in the award-winning documentary "The Hunting Ground," and is a co-author of the book “We Believe You,” a collection of 36 stories of campus sexual assault. 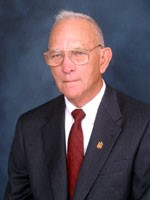 Bill Proctor received his B.S. from Florida State University, where he played tackle for the Seminole football team. He was drafted by the Cleveland Browns but instead served in the United States Army Reserve from 1954 to 1964.

After six years of teaching and coaching in the public schools of Florida, he returned to Florida State University in 1962 as an assistant football coach to pursue both his M.S. and his Ph.D. degrees in Educational Administration.

Following service as superintendent of schools in Rock Hill, South Carolina, with responsibility for the racial integration of the district in 1966-1967, he was appointed dean of men at what was then Florida Technical University, now the University of Central Florida.

In 1971, Dr. Proctor was appointed president of Flagler College, a position he held for 30 years. He retired as president in 2001 and was designated chancellor of the College upon his appointment by Governor Jeb Bush to the State Board of Education.

In 2004, Dr. Proctor was elected to the Florida House of Representatives, where he served as chairman of the Appropriations Committee for Higher Education and subsequently as chairman of the Education Committee. During his eight years in the legislature, he continued to serve as chancellor of Flagler College, and for a time he served as interim athletic director at Florida State University.

Dr. Proctor served on the Fifth Appellate District Nominating Commission from 1979 through 1982 and on the Seventh Circuit Judicial Nominating Commission from 1987 through 1991. Dr. Proctor is a former chairman of the Independent Colleges and Universities of Florida and a Rotary District Governor. He served for 12 years as chairman of the Board of Trustees of the Florida School for the Deaf and the Blind and for two terms as a member of the Commission on Colleges of the Southern Association of Colleges and Schools.

Dr. Proctor has been honored by his alma mater with the Distinguished Educator Award, election to the Athletics Hall of Fame, inclusion in the Alumni Association's 100 Distinguished Graduates, and induction in the University's Circle of Gold. In the fall of 2016, he received the Florida State University Alumni Association's highest award, the Bernard F. Sliger Award, and more recently he was inducted into the Florida Veterans Hall of Fame for services rendered on behalf of veterans.

Dr. Proctor continues to serve as chancellor of Flagler College and is currently the College's Title IX Coordinator. Dr. Proctor's late son, Samuel M. Proctor, was an alumnus of the Stetson University College of Law.

Love consults on developing advocacy cultures on campuses. She was recognized by three U.S. presidents for her advocacy work with underrepresented populations and is a member of the Working Advisory Group to the U.S. Secretary of State on Religion & Foreign Policy. Love also serves as one of 92 content experts from around the world with the Diversity Collegium Global Diversity & Inclusion Benchmarks project. She spoke at the United Nations UUO Compass Coalition for LGBT Human Rights and has served as a thematic country specialist for LGBT human rights with Amnesty International.

Ada was the general counsel of the American Council on Education in Washington, D.C., where she represented the interests of more than 200 member institutions. Prior to joining ACE, Meloy was the general counsel of New York University. Meloy was involved in higher education law for more than 30 years. She was a brilliant lawyer and national leader in higher education with an impeccable professional reputation. She worked tirelessly to cultivate safe and effective colleges and universities.

Accepting the award on behalf of Meloy and ACE is Bobby Colon, chief legal officer of Rochester Institute of Technology in New York. Colon is also an ACE Fellow placed at Stetson University under the mentorship of President Libby.

Dr. Jen Day Shaw is the associate vice president and dean of students at the University of Florida. At the university, she provides oversight of Student Conduct and Conflict Resolution, Disability Resource Center, New Student and Family Programs, Student Veterans Success Center, and assistance for students in distress. She also manages the 24-hour crisis/emergency duty for campus and serves as chair of the Behavioral Consultation Team, the Crisis Response Team, the Protest Team, and the Emergency Deans.

Dr. Shaw received her undergraduate degree at Transylvania University, a master of science degree from Miami University at Oxford, and her Ph.D. in Higher Education from Florida State University. Currently, Dr. Shaw serves as the campus safety knowledge community national chair for the National Association of Student Personnel Administrators (NASPA) and has been appointed to the national panel of experts for the Virginia Tech Victims Family Foundation.

Dr. D. Parker Young is a professor emeritus of higher education at the Institute of Higher Education at the University of Georgia where he taught Law and Higher Education. Since 1968, he has been at the University of Georgia where he has been cited for excellence as a teacher. Dr. Young is a past president of the National Organization on Legal Problems of Education. He has served on the board of directors of NOLPE as well as the American Association of University Administrators. He has received the Outstanding Contribution to Literature or Research Award from the National Association of Student Personnel Administrators, which also named Dr. Young a "Pillar of the Profession." The Association for Student Judicial Affairs has created the annual D. Parker Young Award to recognize the outstanding scholarly contributions of an individual in the area of higher education law and judicial affairs. The Education Law Association has given Dr. Young its highest award, the McGhehey Award, for outstanding service to that organization and for national leadership in the field of education law. Dr. Young has served on the board of trustees for Pfeiffer University and is now serving his second term on the board of trustees for Erskine College.

An accomplished speaker, leader, and educator, Gwendolyn Jordan Dungy served as executive director of NASPA from 1995 to 2012. In her capacity as a national advocate for students and the primary spokesperson for student affairs administrators and practitioners, she draws on more than 40 years of experience in higher education. 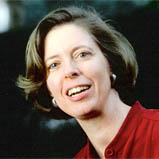 Ann H. Franke consults nationally with colleges and universities on issues ranging from academic freedom to student affairs. She founded her firm, Wise Results, LLC, in 2005, after holding senior management positions with United Educators Insurance (1997-2005) and the American Association of University Professors (1982-1997). Her consulting engagements have included reviewing policies, conducting investigations, presenting campus workshops, and improving campus governance. She has also served as an expert witness. Franke speaks often to national groups and has published in, among other periodicals, Trusteeship, the Chronicle of Higher Education, Change magazine, Minerva, and The Review of Litigation. She is a fellow of the National Association of College and University Attorneys, a trustee of AAUP's Academic Freedom Fund, and a member of the editorial advisory board for "Educator's Guide to Controlling Sexual Harassment."

Beverley E. Ledbetter is vice president and general counsel for Brown University. Prior to Brown University, she was legal counsel for the University of Oklahoma and an adjunct professor at the University of Oklahoma College of Law and at the Center for Higher Education, College of Education. She is on the faculty of the management development program at Harvard University and has been an adjunct professor at Harvard. Ledbetter received a bachelor's degree from Howard University and a law degree from the University of Colorado. She lectures frequently on higher education issues including employment, civil rights, sexual and racial harassment, and federal regulatory compliance, and is regarded as an expert in the field of higher education law.

A past president of the National Association of College and University Attorneys, and a former member of the NCAA Infractions Committee, she is a member of the International Advisory Council of the Center for Excellence in Higher Education Law and Policy of Stetson University College of Law, and is a faculty member of the HERS Programs at Wellesley and Bryn Mawr, the WACUBO Business Management Institute at the University of California, Santa Barbara, and the College of Business Management Institute at the University of Kentucky. She is a former member of the Review Group of the Higher Education Center for Alcohol and Other Drug Abuse and Violence Prevention and of the U.S. Department of Education. She also served as chairman of the Rhode Island Rhodes Scholarship Selection Committee.

Workman is chair-elect of the Alcohol and Other Drug Knowledge Community for the National Association of Student Personnel Administrators and is a member of the International Advisory Council for the Center for Excellence in Higher Education Law and Policy at Stetson. He is on the editorial boards of Health Communication and Communication Quarterly and is co-editor of NASPA's AOD section for NetResults, an online journal.

Liviu Librescu (August 18, 1930 - April 16, 2007) was a Romanian-Israeli-American scientist and academic professor whose major research fields were aeroelasticity and aerodynamics. A prominent academic in addition to being a Holocaust survivor, he is most widely known for his actions during the Virginia Tech massacre, in which he held off the gunman, giving all but one of his students enough time to escape through the windows.

Librescu was shot and killed during the attack. Librescu was posthumously awarded the Order of the Star of Romania, Romania's highest civilian honor. At the time of his death, he was a Professor of Engineering Science and Mechanics at Virginia Tech.

Dr. Jerry M. Lewis accepted the Facilitator Award on behalf of the May 4, 1970, Faculty Marshals. He is an emeritus professor of sociology at Kent State University. He joined Kent State faculty in 1966 as an assistant professor of sociology. He earned his bachelor's degree from Cornell College in Iowa, his master's degree from Boston University, and his Ph.D. in sociology from the University of Illinois, Champaign/Urbana. His research areas include collective behavior, the sociology of sport, and the sociology of teaching. He has done research on crowd behavior in the United States, England, and Belgium. Dr. Lewis has received several awards for teaching including Kent State University's Distinguished Teaching Award and the Kent State President's Medal. In May 1970, he served as a faculty marshal during the demonstrations at Kent State University.