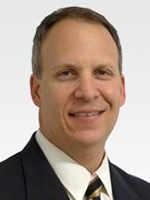 Scott M. Marcello is a double Hatter, having earned his undergraduate degree in 1984 and his master's in accounting in 1985. Scott currently serves as president of African Mission Healthcare (AMH). AMH is a not-for-profit organization that envisions an African continent filled with enduring and improving health systems where everyone has access to quality, compassionate healthcare. AMH contributes to this broad and aspirational vision by strengthening mission hospitals throughout Sub-Saharan Africa to aid those in greatest need. Scott's responsibilities include establishing, maintaining and executing African Mission Healthcare's strategy, overseeing the organization's global operations, building relationships with mission hospital partners, donors and other stakeholders and equipping AMH to have a significant, sustained and long-term impact on the hurting and forgotten in Africa.

Prior to his role with African Mission Healthcare, Scott served as the vice chair of audit for KPMG LLP. Scott's various experiences at KPMG enabled him to become well-versed in the forces and trends shaping audit, as well as the future of the financial services industry, including evolving regulation, integrated audits and technical accounting matters. Scott and his wife, Dene' (also a Stetson accounting graduate), live in Daytona Beach and have four children: Laura, Michael, Jason and Andrew. Laura and Michael have recently graduated from and Jason (a sophomore) and Andrew (a freshman) are attending college. 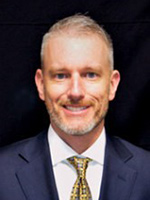 Peter J. Matulis is a 1994 Stetson graduate with a B.BA in finance. After working 3 years in the banking industry with First Union National Bank, Peter joined Brown & Brown, Inc., in 1997. Brown & Brown, Inc. is the nation's sixth-largest insurance brokerage. After a 15+ year career as a senior sales producer in the Daytona Beach, FL office, Peter transitioned to the Brown & Brown office in Orlando, FL to lead the sales team. Following three years of record sales growth, Peter ascended to the Profit Center Leader of the Orlando office in 2016. Peter currently leads a team of 75 insurance professionals responsible for advising and maintaining risk management solutions for commercial insurance, employee benefits and personal lines. Peter holds the Chartered Property Casualty Underwriter designation.

Peter has held positions with the following organizations: Independent Insurance Agents of Volusia County, the DeLand Housing Authority and the Volusia Echo Advisory Board. From 2003 to 2009, Peter served on the Stetson University Alumni Association Board as the Young Alumni chairperson. He participated in Leadership Stetson in 2008 and served on the Greek Alumni Advisory Board in 2010. Peter served on the School of Business Administration Board of Advisors from 2011 - 2016 and chaired the board from 2013-2015. 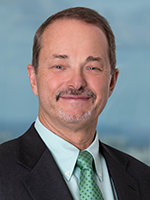 Ed is a partner in the Miami office of Shutts & Bowen, LLP, where he is chair of the International Dispute Resolution Practice Group. He has built an international reputation as a tenacious litigator. Ed has developed a significant practice in domestic and international fuel sales, supply, and distribution and in the power generation industry.

His son Nicholas is a rising sophomore. 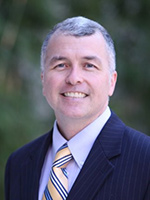 After serving 17 years as associate dean and director of the University of Florida, Heavener School of Business, Brian Ray transitioned to a faculty role in May 2016 to teach courses in leadership, ethics and career management. He also serves as co-director of the Poe Center for Business Ethics Education and Research.

Ray received his bachelor's degree in finance from Stetson in 1991. While at Stetson, he served as student body president during his senior year. He received the Outstanding Young Alumni Award from the University in 2003. Ray went on to earn an MBA from the University of Central Florida and a PhD in university administration from Florida State University. He is also a graduate of Harvard University's Management Development Program and recently earned a master's degree in strategic studies from The United States Army War College.

In addition to his work in higher education, he serves as a colonel in the U.S. Army Reserve. During his military career, Ray has been recognized many times for exemplary leadership and service. He is a recipient of the General Douglas MacArthur Leadership Award, one of the Army's most prestigious honors. He is also a recipient of the Lowry Award, presented annually to the top company-grade officer in the Florida National Guard. Ray is currently command chaplain for the 377th Theater Sustainment Command. The 377th TSC is the largest command in the Army Reserve with 35,000 soldiers and 500 subordinate units. As command chaplain, he directs the religious support of over 100 chaplains and 40 chaplain candidates. Ray earned the Bronze Star Medal for his service in Iraq. 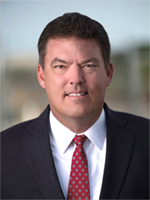 A native Floridian, David Rinker is the founder of Four Corners Holding Group, LLC, focused on real estate asset management within the Southeastern United States. A graduate of Stetson University, Rinker earned his Bachelor of Business Administration with a concentration in finance in 1991. While at Stetson, Rinker participated in the successful Roland George Investments Program. After graduation, Rinker joined the Jack Eckerd Corporation, serving in their regional store remodeling division. 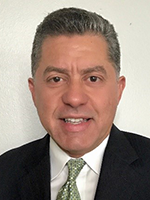 Gino Santos was born in Cuba, the son of famous Cuban composer Orestes Santos, and his wife Hilda Santos. Gino attended Stetson University where he earned a Bachelor of Arts degree in 1982. He went on to the University of Miami Business School and earned an MBA with a concentration in marketing in 1985. In addition, he completed the Entrepreneurial Master's Program at MIT in 2012.

In 1989, Gino co-founded, with his brother Enrique, Premium Blend, Inc. Premium Blend is a producer of wine-based liquor substitutes that enable restaurants and bars to serve cocktails without needing a full liquor license. At the time, this innovative product was new to the market, and the Santos brothers were the leaders in educating the consumer of this product category. Premium Blend wine-based liquors are now sold in 39 states. They expanded into cocktail mixes that now include 13 varieties and are sold both to their traditional customers and to establishments with full liquor licenses as well as those with no liquor license such as grocery stores. Gino's newest endeavor is Nature's Cut International, LLC. Nature's Cut is a line of 100% organic beef that is imported from Uruguay. Gino launched the company in 2017.

In 2017, Gino became a member of the Stetson University School of Business Administration Entrepreneurship Board of Advisors. Gino currently resides in Weston, Florida, with his wife Yanira, and their three children: Valen-Marie, Gia and Gino, Jr. His oldest is in college, the middle child is a junior in high school and the youngest is in middle school.

Scott is a veteran sales and marketing executive whose career spans three decades of working with some of the industry’s leading global brands. As a part owner for Barnie’s Coffee & Tea Co., Uguccioni serves as the face of the company in addition to leading all sales and marketing initiatives.

Before joining Barnie’s in 2014, Uguccioni served as vice president of sales for Mama Mancini’s where he lead a $24 million sales budget for multiple product lines and was responsible for new business acquisition, P&L management, marketing and advertising, and packaging innovation. His sales and marketing career also includes positions of increasing responsibility with Darden Restaurants, illy caffé North America and De Cecco USA. His early post-college work with SunTrust in addition to moonlighting as a bartender at Church Street Station gave Uguccioni ground-floor insights into finance as well as F&B operations that have served him well throughout his career.

Uguccioni lives in Orlando, Florida with his wife Lori and their two sons. 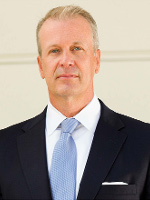 Kurt Sylvia is a managing director and financial advisor with J.P. Morgan Securities, a wealth management division of J.P. Morgan. Kurt is dedicated to serving the specialized needs of a limited number of affluent and institutional investors to ensure the highest level of attention and responsiveness. By working with an elite group of specialists, Kurt delivers highly customized solutions that address a full spectrum of wealth management needs. These needs extend beyond investment management to include liability management, trust and estate planning, tax management and philanthropic strategies. This approach is based on the model of providing advice, access to a world-class product platform and a well-executed plan. By following this approach, Kurt has developed personalized investment strategies that can help balance income, growth and risk for each client. Kurt's mission is to help clients pursue and/or maintain their preferred future through superior levels of consulting and service. Kurt has over 20 years of experience in the financial services industry. He is considered to be a top advisor to families of significant means, not only in the South Florida marketplace but nationally through industry recognitions, including Forbes, Barrons and Financial Times.

Kurt is a graduate of Providence College where he earned a bachelor's degree in finance. He holds FINRA series 6, 7, 31, 52, 63 and 65 licenses. Kurt resides in Jupiter, Florida, with his wife and two teen-aged children. Kurt and his wife, Michele, are actively involved in their community.