Have you ever wondered what rock fragments from outer space can reveal about our planet and the solar system?  Stop by the Gillespie Museum this fall to find out!  This continuing exhibit features a variety of meteorites and tektites from the Historic Gillespie Collection, offering a rare look at the museum's fascinating array of "space rocks."  Visitors will have an opportunity to view 15 meteorites and impactites, including a 62-pound nickel and iron specimen, which was purchased through a Sotheby’s auction in the 1990s. The meteorite was originally found in South Africa and has been polished to reveal the Widmanstätten patterns, also known as Thomson structures, which are long, nickel-iron crystals that are found in the octahedrite-iron meteorites.

Other specimens include iron meteorites collected by the Gillespie Museum’s founder T.B. Gillespie and its first director and College of Arts and Sciences Dean Emeritus Robert Chauvin, Ph.D., from a meteorite shower in central Mexico near Toluca, and from the renowned Meteor Crater National Landmark in Winslow, Arizona.  A small iron meteorite from the famous Mundrabilla impact in Western Australia will also be on display, as well as pieces of meteorite "shrapnel" that fell on the Sikhote-Alin mountain range in southeastern Russia in 1947.  An estimated 23 tons of fragments survived that meteorite's rather recent passage through our atmosphere, making it the largest magnitude fall ever recorded. 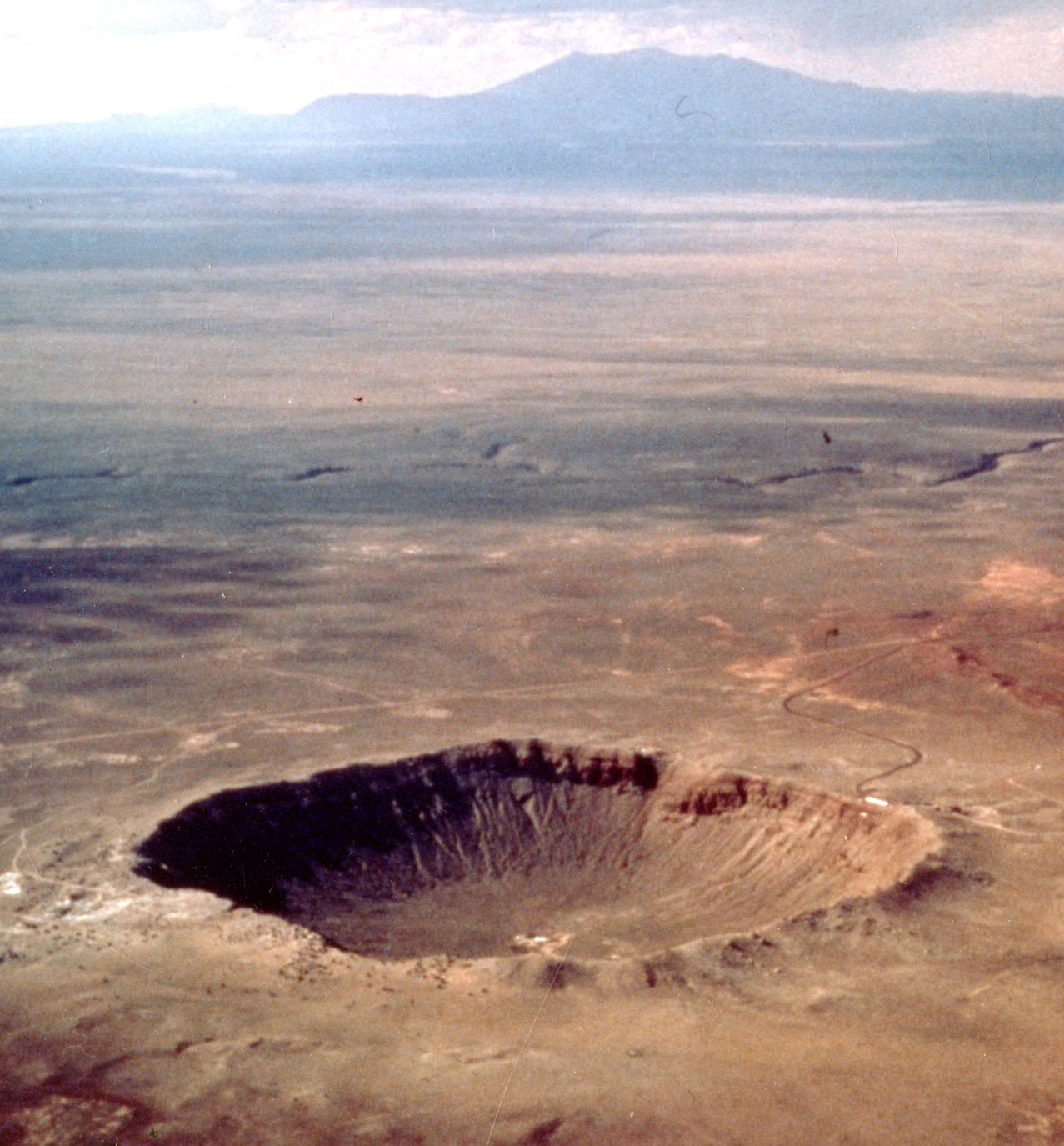 The exhibit also contains an array of impactites, including two tektites from the South Pacific; a specimen of Libyan desert glass formed by an event that occurred on the Egyptian-Libyan border 29 million years ago, which created clear, honey-colored glass out of desert sand; and a green-hued tektite from Ločenice, Czech Republic.  Impactites develop after a large meteorite strike deforms the earth's rocks, sand, or soil around the point of impact. The terrestrial material or "target rock" near or beneath the impact site is altered by the enormous amount of heat, pressure, and shock waves caused by the collision.

Learn more about meteorites and impactites with this downloadable info and coloring sheet!

These out-of-this-world space rocks will be on display through May 3, 2023. Come by and check them out today!