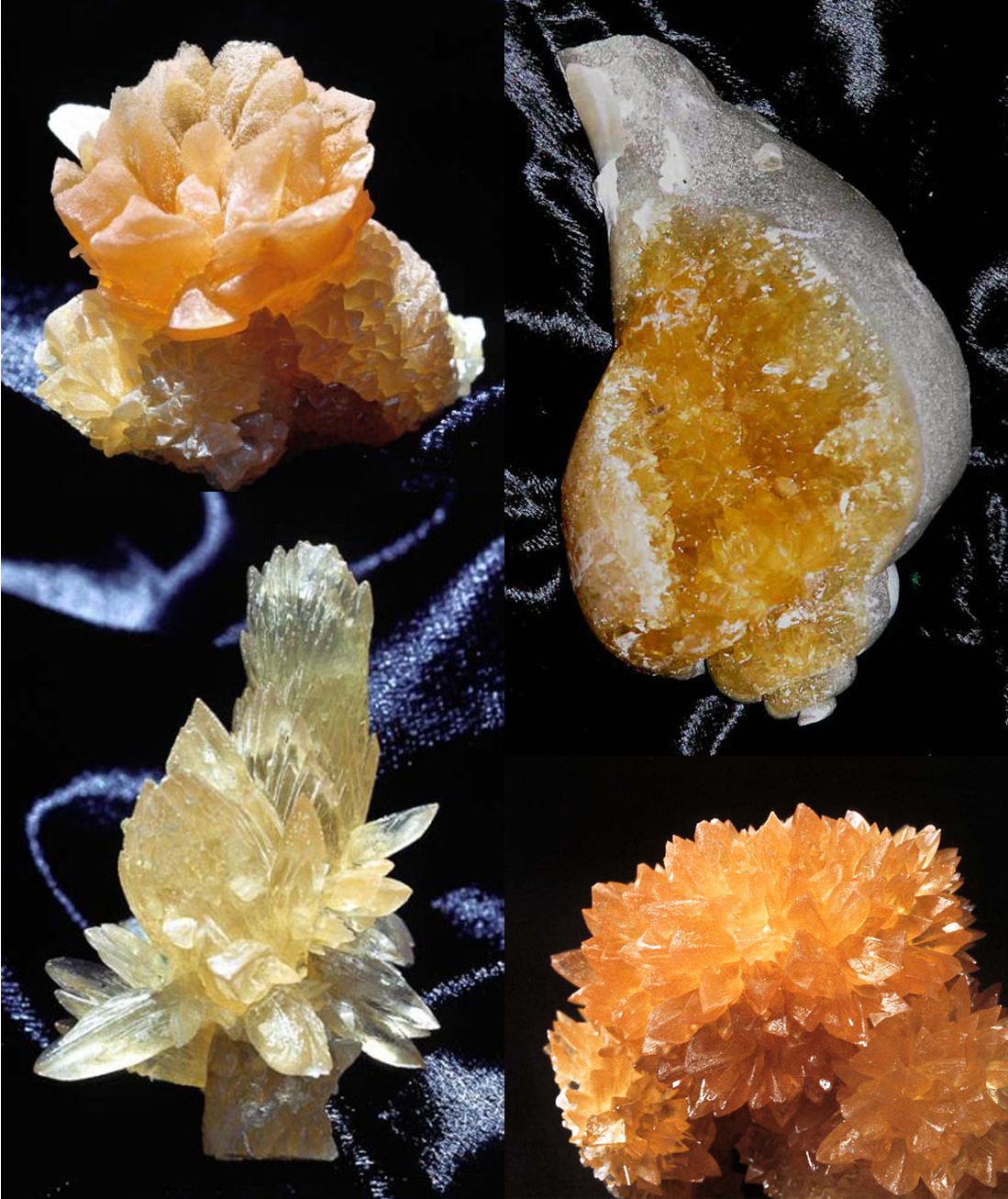 Our Spring 2019 exhibit, Florida Calcite, was open from February 21 through May 3, 2019, and featured the personal collection of Thomas Scott, PhD, P.G., Assistant State Geologist Emeritus of the Florida Geological Survey. This small but remarkable display provided the university's faculty, staff, students and the community with a unique opportunity to view uncommon specimens of calcite, Florida's unofficial state mineral. Scott has collected from quarries, underwater caves and limestone seams during his four decades as a professional geologist. From cave pearls to crystal-filled fossils, these natural formations offer a rare perspective on the state's geologic history.

(Our Florida Formations exhibit tells the whole fascinating story of Florida's unique geology.  Also, in association with the Florida Formations exhibit and the Gillespie's epic, life-size, limestone cave replica, the museum has developed an educational video on Florida's Caves and Karst Geology, which includes information on cave types and the amazing variety of calcite cave formations known as speleothems. Check it out! For a PDF version of the Cave video, and for more of the museum's online geology resources, see our Geology and Mineralogy Educational Resources page.) 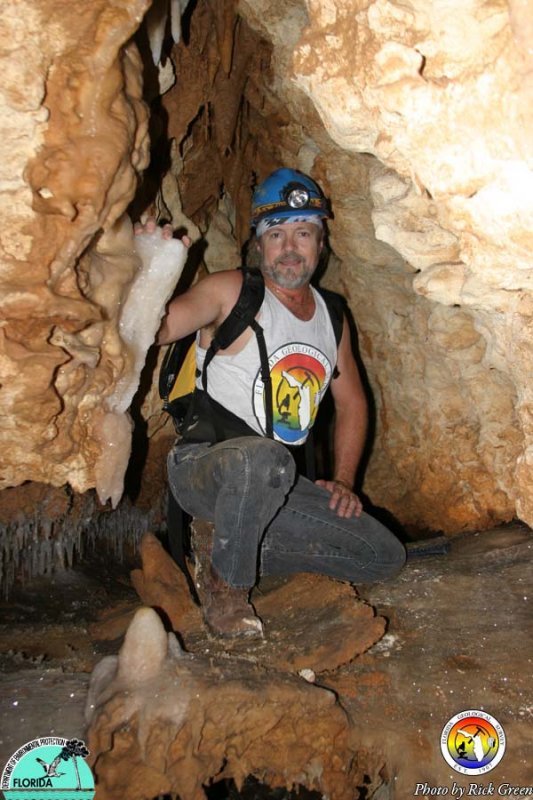 The Florida Calcite exhibit included 35 specimens selected for their scientific significance and pure beauty from hundreds of minerals in Scott's collection. These are truly rare and highly fragile examples of the mineral calcite (CaCO3). As a component of the limestone and dolostone substrate of the Florida carbonate platform, calcite is an abundant mineral. Yet the crystal formations of minerals, including calcite, are rare. Only under ideal conditions, as in cavities or caves, where the necessary elements are present in groundwater, can minerals grow and form perfect crystals. Because Florida's calcite has been created by fluctuations of water and is highly susceptible to even weakly acidic solutions, calcite in the diverse forms represented in this exhibit is rare. Not only can calcite be changed easily by natural processes, but these unusual forms can be difficult to collect. Needle-like crystals, massive boulders, lithifications in limestone, re-crystallized marine fossils, and speleothems (cave-formed structures), such as stalactites, cave pearls, helictites and cave flowers, are all on display, representing world-renowned Florida calcite collecting localities, including the Crystal River Quarry in Citrus County and Rucks' Pit in Okeechobee County.

This was the first public exhibit of Dr. Scott's collection and was a unique opportunity to see these beautiful and scientifically fascinating specimens, representing decades of research in Florida's karst limestone terrain. 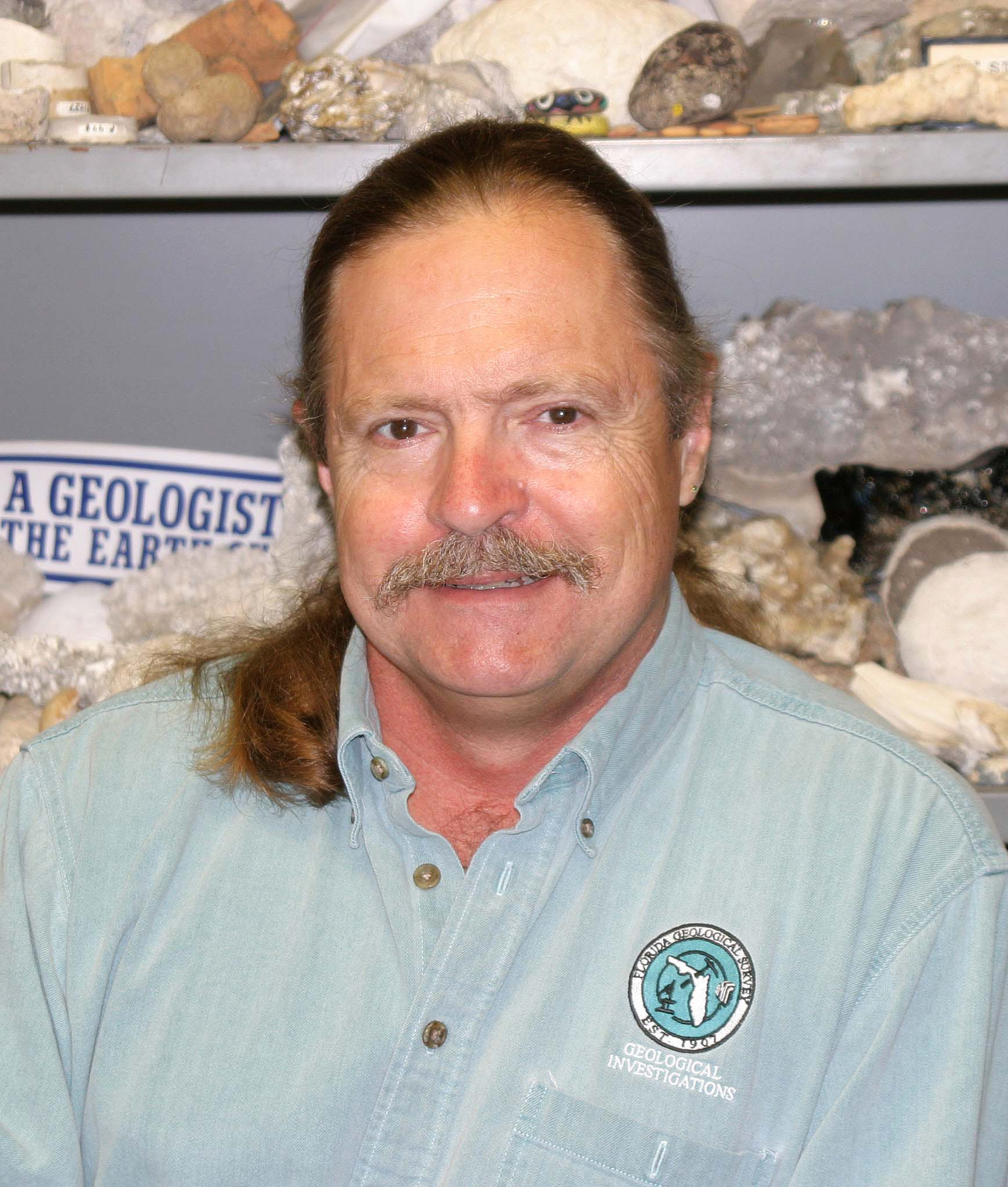 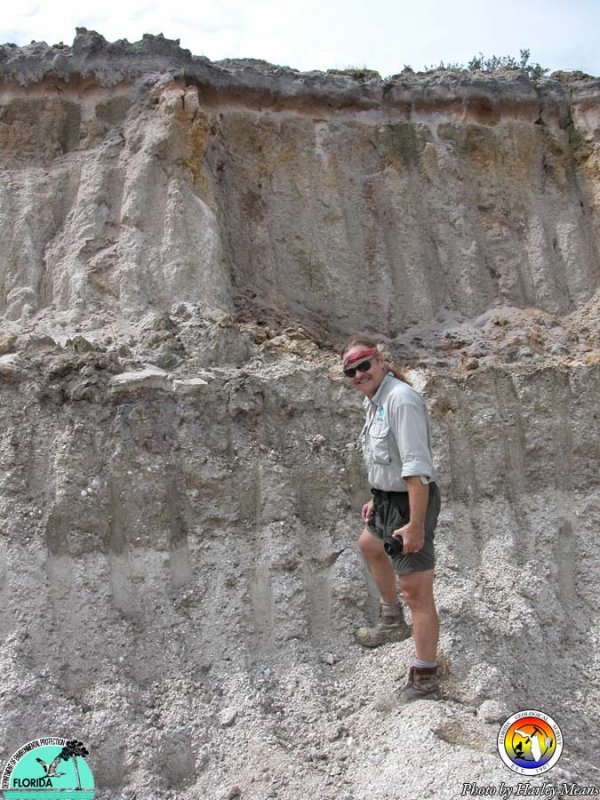 A Conversation with the Collector

I became a Geology major at USF in the Spring of 1968 after starting out as a Marine Zoology major. I took a geology class in the Spring quarter and found my calling! During undergrad and grad school, I spent as much time in the field as possible collecting rocks and fossils. Finding crystals during those years was rare, though, since I didn't have access to pits and quarries. I started working for the Florida Geological Survey in January 1974, using my days in the field to learn the rocks, fossils, and minerals of the State. I visited many pits and quarries during this time, from the western panhandle to the Keys, and made friends with quarry owners and managers. Collecting calcite in these locations became a hobby for me and many of my geologist friends, since it is one of the few minerals in Florida that occurs in macroscopic, crystal form. Over thirty-five years, I was lucky enough to find some very nice specimens.

How did you choose the specimens for this exhibit?

My collection contains hundreds of Florida calcite specimens, so it was difficult to select just a few pieces for display. Some calcite was collected for its scientific significance and other for its pure beauty. I selected ones from both categories for this exhibit, but leaned toward the most beautiful specimens.

What's it like to collect speleothems and other rare calcite crystals and forms?

Collecting calcite is both exciting and tedious. The rush of adrenaline on finding a crystal-filled cavity, a speleothem-filled cave, or crystal-filled fossils is a fantastic feeling. Often the calcites we were finding had never been seen by humans before they were exposed by mining activities, so in many cases, I was the first person to view these spectacular works of Nature. But the crystals can break or cleave very easily. Calcite is only slightly harder than your fingernail and has planes of weakness (cleavage planes), so great care has to be taken in removing the specimens. Even when taking all necessary precautions, many a gorgeous specimen breaks or is damaged during collection or transport. In addition, calcite crystals can be very sharp. We have the saying that the quality of the calcite found can be measured by the amount of blood left behind! Pits and quarries are dangerous places with mining equipment, steep walls, loose rock, and in some cases, deep water. Most pits and quarries are not accessible to the general public. Occasionally, pit and quarry owners allow geological groups and rock collecting clubs to visit the mines and collect.

What should a visitor take with them after visiting Florida Calcite?

I'd like the museum visitor to leave with an appreciation of the beauty and fragile nature of calcites. I'd like them to develop an understanding of how the crystals and speleothems form, and how these processes are related to Florida's geologic framework.