Deep, dry, sandy soils - formed as dunes when sea levels were higher - create sandhill habitats in upland sites throughout the southeastern United States. The dominant tree in this community is the longleaf pine (Pinus palustris).

Sandhill ecosystems are highly diverse with an understory that includes grasses and perennials, several of which - like Florida Greeneyes (Berlandiera subacaulis) - are endemic, occurring nowhere outside of Florida. 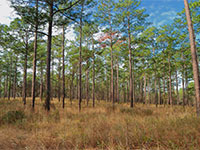 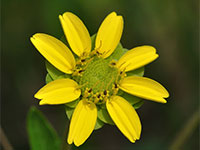 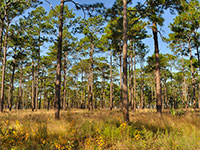 Many animals depend upon resources provided by sandhill ecosystems. Under the characteristic open canopy of longleaf pine and within a ground cover of grasses and perennials, black bears, wild turkey, gopher tortoises, indigo snakes and other animals make their home. 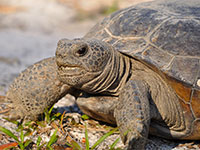 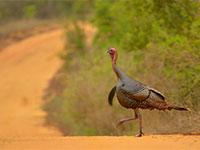 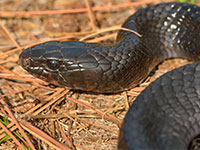 Before European settlement, fires started by lightning strikes swept across Florida's upland communities. Plants and animals of sandhill ecosystems are well-adapted to fire, and, in fact, community structure and function are shaped by regularly-occurring fires fueled by wire grass. For example, the thick bark of longleaf pine trees protects them from fire, while the gaps created by fire provide sites for the regeneration of both trees and understory plants. 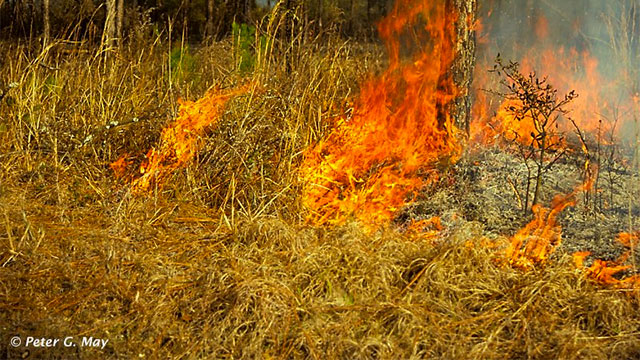 Today, land managers often ignite prescribed fires to provide the benefits of fire to the natural ecosystem, while minimizing the likelihood of an out-of-control wildfire.

Much of present-day DeLand was once sandhill habitat - one of the most extensive woodland ecosystems in North America. Beginning in the nineteenth century, longleaf pine trees were felled for timber and turpentine operations. Later, sandhill habitat was cleared to make way for citrus groves. 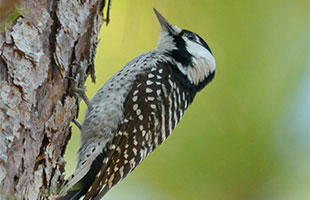 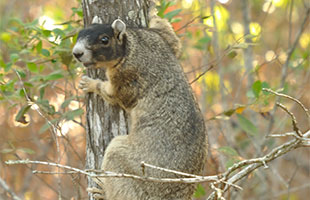 Photos courtesy of Peter May.