Ecological research has demonstrated that loss of habitat has contributed to widespread declines in native pollinator abundance and diversity. There is growing evidence that even fragments of natural habitat in urban settings, like that of the Volusia Sandhill Ecosystem here on the Gillespie Museum grounds, may be important for maintaining healthy populations of a range of different pollinators.

As part of a larger comparative study, Stetson biology professors Cindy Bennington and Peter May are measuring pollinator visitation rate and species composition in this campus restoration, acquiring baseline data to be built upon as the site matures.

In the summer of 2016, Professors Bennington and May recorded more than 1300 insect visitors to two plant species (Spanish needles, Bidens alba, and Partridge pea, Chamaecrista fasciculata) in two sites. In both sites, flowers of Spanish needles, attractive to generalist insect pollinators, were visited by a variety of bees, wasps, flies, butterflies and beetles. 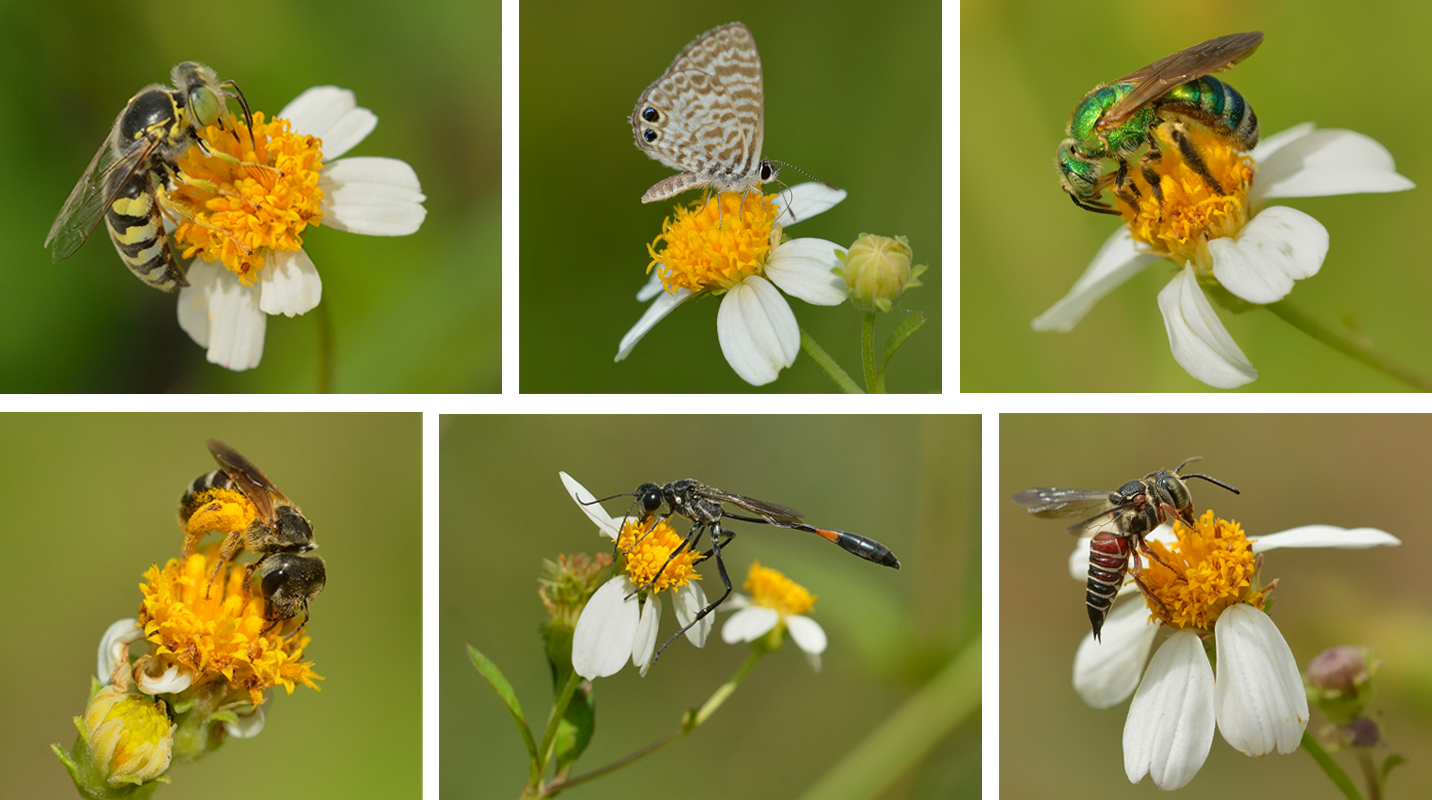 Spanish needle (Bidens alba), which produce copious nectar and pollen, is visited by a diversity of bees, wasps, butterflies, beetles and flies. 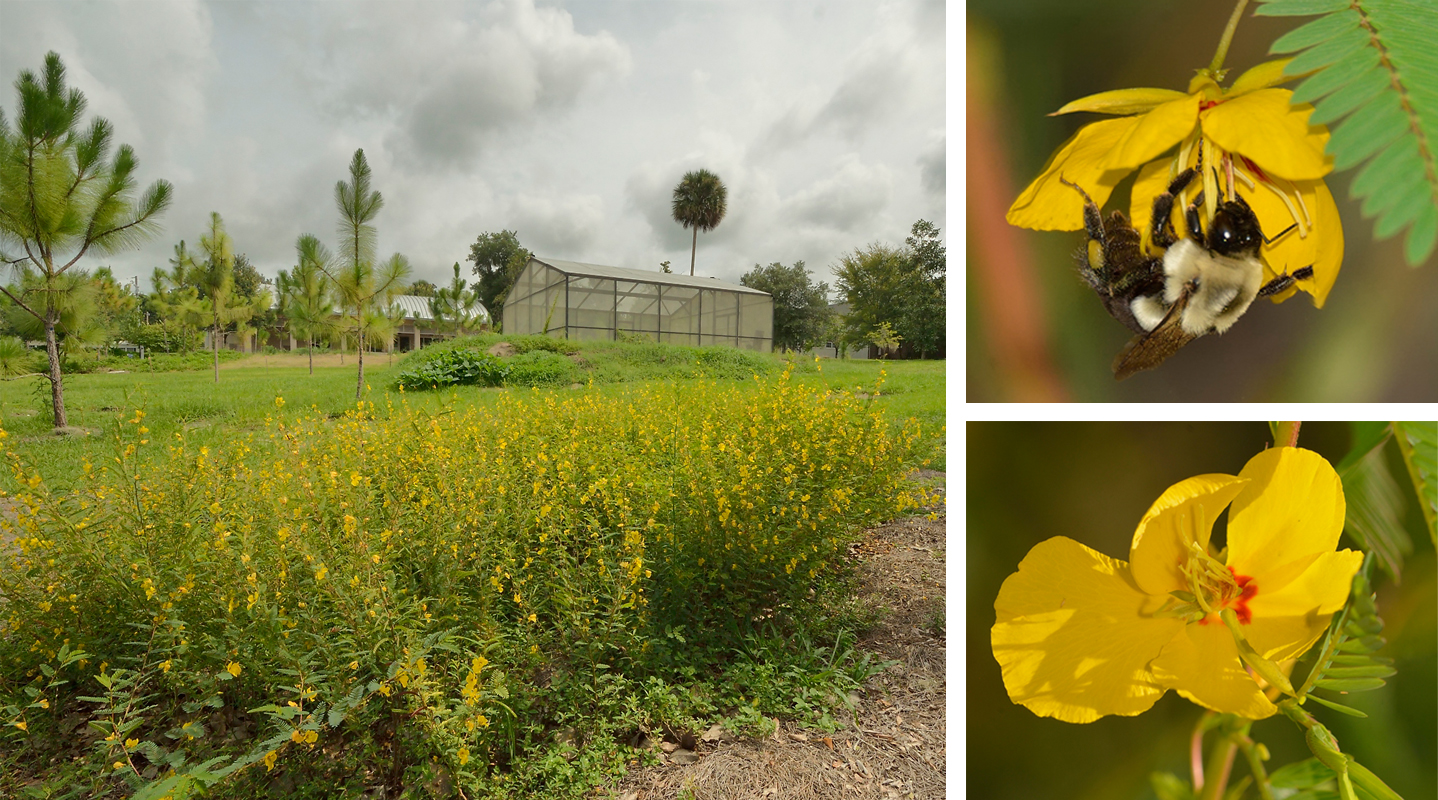 Partridge pea (Chamaecrista fasciculata) produces no nectar. Its pollen is available only to those insects, such as large bumblebees ( Bombus sp.), whose wing vibrations buzz at a frequency which release the pollen to its anthers.

Field Study for All

Visitors to the Volusia Sandhill may continue to monitor native pollinator activity, to extend the data set. After examining the native pollinator collection in the museum’s Collections Room and photos of the diverse insects at work, volunteers may sit quietly at designated stations in the landscape to record numbers and types of pollination activity. 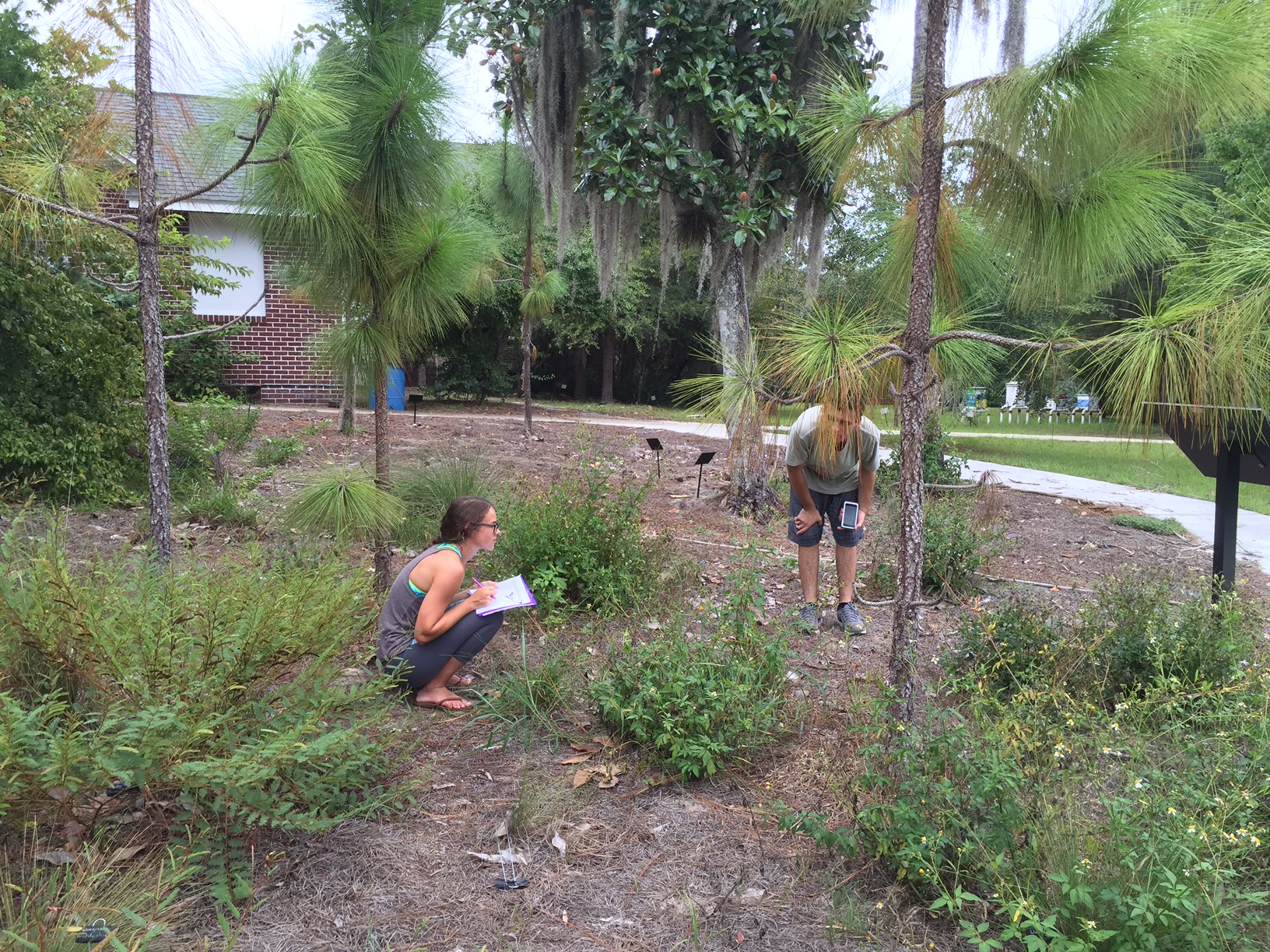 Undergraduates monitor native pollinators in one of the designated observation areas in ongoing data collection. 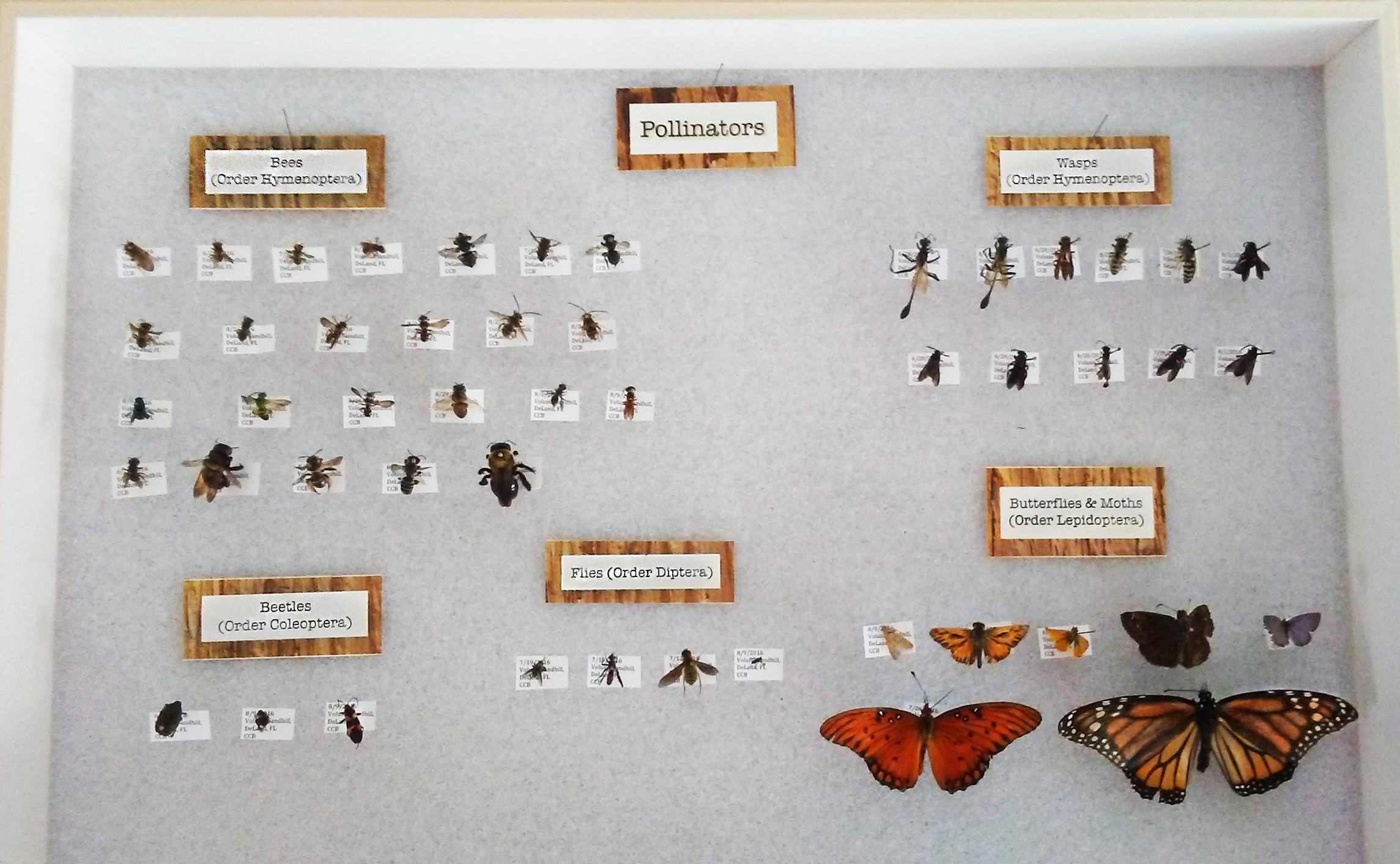 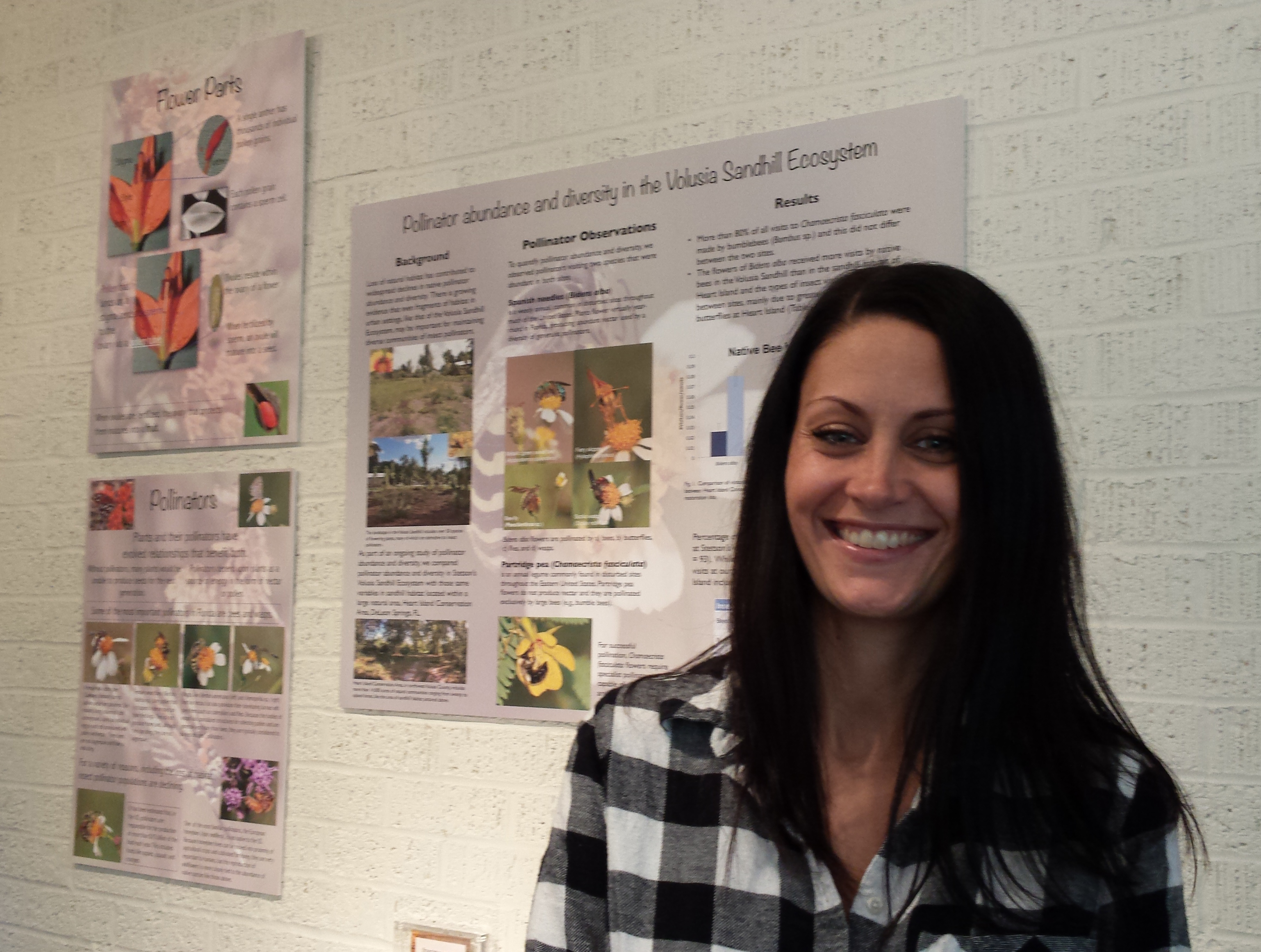 Biology major Sarah Garcia has designed pollinator activity logs as part of her senior research project, “Assessment of the Effectiveness of Informal Field Study of Pollinators”.