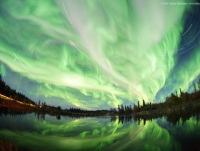 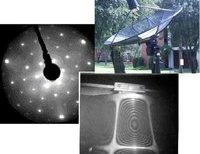 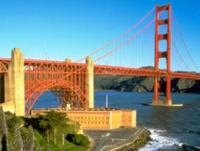 Physics is the science devoted to the investigation of the fundamental principles that govern the behavior of the physical universe.

Physicists seek to understand phenomena that range from the infinitesimal, like how two 'up' quarks and one 'down' quark are held together to form a proton, to the grand, like how the Big Bang led to the distribution of galaxies observed in the universe today. Given the wonderful diversity in the phenomena displayed in the universe, one would think there must be a bewildering number of fundamental principles that are required to explain it all. The power and the beauty of physics is that it takes only a few.

A Challenging But Rewarding Field

Students are challenged by the need to train their minds to look at the world in a different way, and to become masters at applying logic and advanced mathematics to problems. They are rewarded with the thrill of accomplishment in understanding the theories of great scientists like Newton, Maxwell and Einstein, and with the satisfaction of being able to explain phenomena they have always been curious about, such as the beauty of a double rainbow and the steady beat of a pendulum clock.

An undergraduate degree in physics can lead directly to many interesting careers in research and development, manufacturing and teaching.

Check out what some of Stetson University's physics alumni have done, on our Featured Alumni page.

As a liberal arts degree, physics is excellent training for careers in business, finance and government. Within the business community, physics majors are renowned for their ability to critically analyze problems and formulate well-reasoned solutions. Students interested in pursuing graduate-level studies find themselves well-prepared for a variety of graduate programs including physics, engineering and medical school.

Physicists Can Be Found Anywhere

From spandex to blackberries to bioinformatics, from flight control to spintronics to wind energy... Physicists can be found in nearly every job sector in some of the coolest and most farfetched careers imaginable from the surreal to the strange, from the essential to the eccentric, from the typical to the crazy.

A physicist is defined as anyone who has a physics degree. Why is this the definition? Because these people have a common set of experiences. Because other disciplines define their constituents in this manner. Because these people are a critical group for academics and future research. And, most importantly, because these are the only people that laugh at jokes involving a priest, a rabbi and a quantum mechanic.

Read testimonials taken from Radiations, the physics honor society magazine. They are prime examples of the wide variety of careers available to physics majors -- careers you might have never even imagined! They include a businesswoman, a speech writer, a priest, a consultant, an anesthesiologist, a minister, a fighter pilot, a video game developer and many, many more!