In the interest of full disclosure, it wasn't the physics department that drew me to Stetson University. In high school, I was sure I was going to go to Cornell, but the basketball coaches at Stetson University kept calling me and convinced me to head down to DeLand for a visit. Once on campus, I was hooked. That fall, I came to realize just how good a decision I had made. Whether it was Dr. Kletzing dropping the chalk in calculus class... saying "this is good chalk", Dr. Beasley walking us through Biblical literature or Dr. Dubendorf introducing me to physics at Stetson University, the diversity of class and demands place on me by my professors had me actually working hard at my studies for the first time of my life. Surprisingly and thankfully, I quickly found that the work ethic and discipline I had developed as an athlete translated to my studies. The course load my sophomore year increased, but between Dr. Lick's mechanics class and Dr. Jusick's math methods class, I knew that physics was the correct major for me. In my last two years at Stetson University, I became more and more interested in biology and biophysics. Fitting in all of my classes along with being on the basketball team proved to be quite challenging, but it also fits well with my personality... If I ever had a free minute in my day, I really wouldn't know what to do with myself.

After graduating from Stetson University in 1998, I entered graduate school at Wake Forest to pursue my PhD in physics. My first project in graduate school was developing an improvement to differential interference contrast microscopy that allowed me to apply much of what I had learned the previous year in Dr. Riggs' optics class. It also allowed me to hit the ground running. The most amazing part of this project came when we submitted our paper describing our new methodology; it was accepted with only minor grammatical changes! As this was my first paper, I did not realize just how rare a feat this was. My advisor told me that I would probably never happen again, and he was correct. After the microscopy project, I began my thesis project on the work and efficiency of motor proteins involved in processive transport. This type of biophysical research is what I had always envisioned doing, and I found the work both challenging and rewarding. However, looking back on my time in graduate school, it is not my research that stands out, but my family. Getting married and becoming a father were the events that defined me much more than any experiment or paper.

After completing my PhD in 2003, I went to the University of North Carolina as a post doc, and I am still there to this day. Now a professor with a joint appointment in Physics and Medicine, biophysical research is at the core of work. Primarily, I study connections between the biochemical composition of the protective airway mucus layer and its biophysical properties, such as clearance from the lung and ability to trap inhaled pathogens. One of the exciting aspects of my work is its inter-disciplinary nature. I am as likely to be in a meeting with MD's as part of a clinical trial as I am to meet with a mathematician or chemist. In looking back at my education and previous work, it seems clear that this is the type of work I was gearing myself for at Stetson University. My last two years in DeLand found me taking physics, biology, and chemistry classes all in the same semester. Today, it is precisely this mixed bag of skills that allow me to thrive in the collaborative research I take part in at Carolina. As an example, we recently had a paper make the cover of Science in which we set forth a new hypothesis on how the mucus layer that lines the respiratory tract interacts osmotically with the periciliary layer (a seven micron layer between the epithelial cells and the mucus layer through which cilia beat, clearing mucus). This work combines polymer physics modeling, biochemical and biophysical assays, along with complex microscopy and cellular biology to understand a key phenomena in airway diseases such as Cystic Fibrosis and COPD. 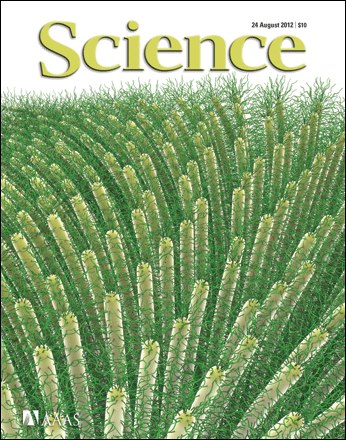 What's funny to me now looking back at my time at Stetson University are the skills that I had to develop that have come to serve me as much in my work as my scientific training; namely Stetson University forced me to learn how to write well. Several years ago I attended a book signing by noted science fiction and fantasy author Orson Scott Card. He made the comment that, "Everyone has 10,000 pages of mindless drivel in them, get it out of you as fast as you can." Stetson University forced me to get many of my bad pages out of my writing, helped me develop the clarity of thinking that is the bed rock of good writing, and made me develop an important skill set. In my work these days, as the balance of my time shifts from being at the lab bench to stuck in my office writing papers and proposals, I appreciate the writing skills my professors at Stetson University worked so hard to drill into my head. All of this brings me to my advice for current physics majors at Stetson University. First and foremost, read and write every day. Getting use to constructing sentences and developing flow in your writing is a skill that will be important in most any career you choose to pursue. The more you write, the better your writing will become. Get those 10,000 pages of drivel out sooner rather than later. Secondly, take a diverse range of courses. One of the benefits of attending a place like Stetson University is the small, close-knit, diverse environment. Excellence is everywhere at SU, and reaching out to be part of the wider community is an opportunity that should not be missed. Finally, have fun! Going to school 20 minutes from the beach part of what drew me to Stetson University. Being able to have great outdoor recreation all around made me want to get my work done so I could go about the business of being a college student. It is what I remember most fondly about my time at Stetson University and is a mindset I try to maintain today. I make sure I take time with my family, friends, and co-workers to enjoy life! 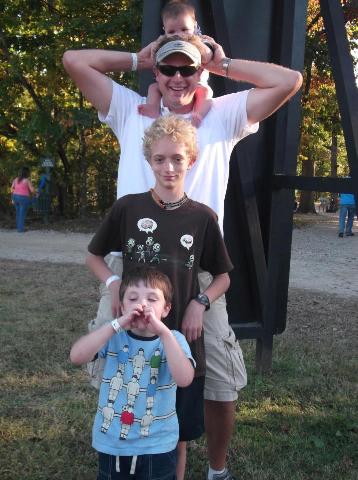 (David and his son, surrounded by his two nephews.)