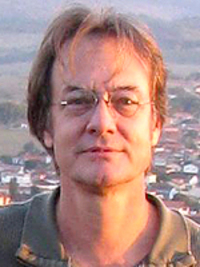 William Nylen is professor of political science and program director of the International Studies Program. He received his PhD from Columbia University, his master's degree from the Johns Hopkins University School of Advanced International Studies and his bachelor's degree from the University of California at Berkeley. He has studied Brazil since his first research trip there in 1986. In 2013, he received a Fulbright grant to teach and do research in Mozambique.