Dr. Pollock has a wide variety of interests including literature, writing about nature and gender studies. 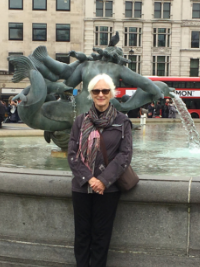 Academic disciplines need to talk to each other beyond and outside what academics usually call "interdisciplinarity." In a time of global incineration and polluted oceans, every human on the planet needs to become scientifically literate. Literacy in the humanities is just as important: literature and the arts deepen our understanding of the human connection to one another and all living things. Nothing is easy. You have to walk in the forest to know why the forest is essential and how you are part of the forest.

My current research is the travel and environmental writing of Gerald Durrell, whose childhood on the Greek island of Corfu has been the topic of a recent PBS series. After Durrell's death in 1995, his foundation has continued captive breeding programs carried out at the Durrell Wildlife Park on the Isle of Jersey. Over the years, many of the species bred there have been successfully reintroduced into original habitats and endangered wild populations.