I grew up in Shaker Heights, Ohio and have become a fluent Russian speaker over many years. After completing my undergraduate degree at Kenyon College, and both prior to and after the completion of my PhD in History at Indiana University, I lived and worked for almost a decade in the Russian cities of Moscow, St. Petersburg and Volgograd, while also getting a chance to reside in Kyiv and L'viv in Ukraine and Almaty and Atyrau in Kazakhstan. I teach courses on Eurasian history and other broader courses such as my current FSEM dedicated to ancient and medieval history both East and West. 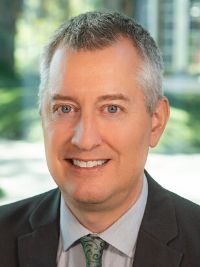 My research focuses on life in the former Soviet Union from the beginning of the Second World War in 1939 until that country's collapse in 1991. My recently published monograph examines the relationship between the ruling Communist Party and the people of Kyiv, Ukraine following the Nazi occupation. It explains why statist and anti-Semitic rhetoric became the linchpins of Soviet domestic propaganda at the beginning of the Cold War. My current book project examines expectations for change in Leningrad in the late 1980s. I'm also an active on the Editorial Board of the St. Petersburg-based journal *Modern History of Russia* which publishes fresh archival-based research from the Russian Federation three to four times a year.
SHARE PAGE