Dr. McCoy has been teaching at Stetson for more than 27 years. He teaches all aspects of theatre including voice, acting and directing. 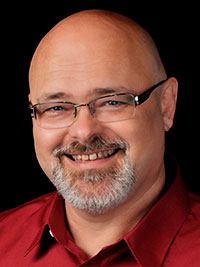 Ken McCoy joined the theatre arts faculty at Stetson University in 1994. Besides teaching, he has directed more than 50 productions for the stage and acted in nearly as many roles for stage, film and television. McCoy has appeared as an actor in several films, including EyeonU Films' award-winning short "Persistence" and AndYou Films' "Flashback." He occasionally writes and records incidental music for theatre productions, speaks Spanish and is an enrolled citizen of the Cherokee Nation.