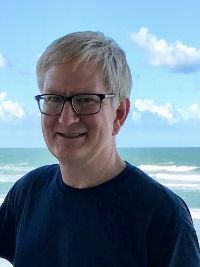 People sometimes ask me, 'who is this Philip Sidney guy you write about?' And I have to say: Philip Sidney is the paragon of the Elizabethan Age, that's who. Though Sidney lived only 32 years, he changed the course of English literature and a lot more. Research updates are being published here on Restoring Sidney's Arcadia. His unfinished Arcadia is an epic romance and rhetorical tour de force unmatched in any language and was the most popular work of secular literature in English for nearly two centuries after its publication in 1590. His sonnet sequence, Astrophil and Stella, started the Elizabethan sonnet craze and is arguably the greatest sequence in English (Shake-speares Sonnets come nowhere near the formal variety and intricate design of Sidney's sequence). And Sidney's Defence of Poesy is the first full-bodied statement of literary aesthetics in English, a fascinating ethics of writing, and a subtle, urbane, witty rhetorical paradox. If anything, Sidney was more admired on the Continent than in England. The Dutch revere him to this day for all he did in their revolt against Spanish rule: he died of wounds suffered in a raid on Spanish supply lines outside Zutphen. Everybody should read some Sidney - he's nourishment for the soul.

My own biography is more humdrum. I am a native of Wyoming, and I love to be doing things outside. I love the beach and paddleboarding, I love hiking and biking, and I go stir-crazy if I’m indoors too long. My pleasure reading is usually popular science and science fiction. I’m a terrible dancer and singer, but I do those things anyway. And I am a lifelong, loyal Miami Dolphins fan.