In my courses, I try to draw every student into good discussion about things that really matter to them and the kind of world they want to create. My scholarship focuses on critique of inequalities driven by capitalism. 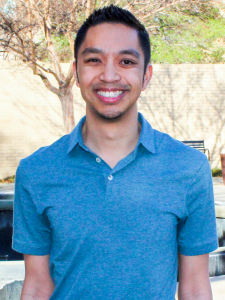 Jeremy Posadas holds Stetson University's Hal S. Marchman Chair of Civic and Social Responsibility along with a joint appointment as associate professor of religious studies and gender studies. He joined Stetson after 11 years teaching in rural North Texas. As a professor, his chief goal is to foster learning experiences for diverse students to build an equitable and caring community as they co-create new understandings that are useful for disrupting and dismantling systemic injustice.

As a social ethicist, he critiques unjust aspects of society and proposes alternatives to promote social justice, on the basis of intersectionally feminist, queer, anti-racist, anti-capitalist and eco-centric moral principles. He majored in the Great Books in college yet later wrote his dissertation shaped by the post-structuralist thought of Michel Foucault. His recently published essays have addressed topics including reproductive justice; feminist anti-work theory; pedagogies to dismantle rape culture and its root cause, toxic masculinity; and solidarity with the working class. At his previous institution, he led the effort that secured a $1.3 million grant from the Mellon Foundation for social justice curriculum development. In addition, Posadas has held faculty fellowships at Vanderbilt University Divinity School, Auburn Seminary (in NYC) and the Wabash Center for Teaching and Learning in Theology and Religion. He serves on the elected committee that oversees the world's largest gathering of religion scholars and also co-chairs its unit on the study of class and labor.

In 2018, Posadas created the United Regions of America map, clustering all 3,142 counties (and equivalents) into 14 regions that calibrate local perceptions with major landforms and industries. This map offers a more useful alternative to the cultural stereotypes and colonialist assumptions projected in Colin Woodard's map of eleven American nations.

Before becoming a professor, Posadas worked as an organizer in the labor and LGBTQ movements; ministry leader in a multi-racial urban congregation; social work assistant in a pediatric hospital; and award-winning fast food order-taker/cashier. His hobbies include ice and inline skating, listening to Beethoven, watching sci-fi and rom-coms/-drams (bonus if they're gay!) and delving into Census data and regional geography.