I began full-time university teaching almost 40 years ago, and I am more excited today about our students and their futures than ever. I focus on student learning more than instructor teaching, and I strive to give students the skills to find, understand and apply concepts for a future world that none of us can foretell. 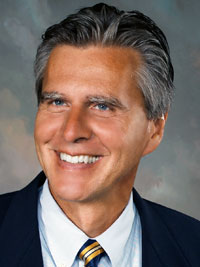 Glen Epley has been a sportswriter for a metropolitan daily newspaper, a high school history teacher, professor at three universities, deputy superintendent of one of the nation's largest school districts and senior executive of the world's 6th largest insurance brokerages. Glen's first publication was in a scholarly journal in 1980, and Glen tries to publish or present before an academic audience of his peers at least once per year. He also tries to incorporate my research into each of his classes.

More About B. Glen Epley