Dr. Elizabeth Plantan's research and teaching interests encompass the global study of civil society, authoritarian regimes, and environmental politics, with a focus on the comparative and international politics of China and Russia. 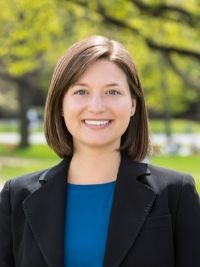 Dr. Elizabeth Plantan is an Assistant Professor of Political Science at Stetson University. Prior to joining the faculty at Stetson, she was a China Public Policy Postdoctoral Fellow at the Ash Center for Democratic Governance and Innovation at Harvard Kennedy School from 2018-2020. Her current book project examines environmental activism in China and Russia. Dr. Plantan received her Ph.D. in Government from Cornell University. In addition, she holds an M.A. in Russian & East European Studies from Indiana University Bloomington and a B.A. in Government and Russian & East European Studies from Wesleyan University in Middletown, CT.