Above all, an Army ROTC cadet is a student.

A cadet's first priority is always to maintain the work in their classes and the completion of their degree. Cadets' lives are similar to any other college student; they take jobs at local businesses, join fraternities and sororities, and perform community service. The normal daily life of a Cadet actually will help with their military lifestyle because it will teach them the discipline they need in order to maintain their responsibilities. There are endless opportunities when you are a student and a Cadet.

Instructors teach Army ROTC just like another class in the school curriculum. There is no special application to attend ROTC; students simply select Military Science classes during their class registration process. Freshmen and sophomores take classes that explore the history, customs, traditions, and role of the U.S. Army. Juniors and seniors broaden their scope to officership training. These courses cover a wide spectrum of subjects, from training in common military skills to fostering a value system that emphasizes service to the nation. The emphasis of junior level classes is to prepare cadets to attend the Cadet Leadership Course the summer between their junior and senior year. Senior level courses prepare cadets for commissioning as Second Lieutenants in the U.S. Army.

In addition to class, each week all cadets take part in a two-hour-long leadership lab. This training is conducted at Embry-Riddle Aeronautical University (ERAU). Stetson cadets are members of the Eagle Battalion at ERAU, approximately 250 members strong. Lead lab is where cadets put the information they learned in class to practical, hands-on application. The training environment is fun and exciting; cadets learn basic infantry skills such as marksmanship, land navigation, and squad combat tactics.

Stetson Army ROTC takes to the field twice a semester with the Eagle Battalion. Training takes place on weekends and usually is located at the nearby Tiger Bay State Forest in Daytona Beach, FL. These trips further the cadet training experience by allowing them to use their skills in a realistic environment. Cadets practice their navigational skills and squad tactics at Tiger Bay and their marksmanship skills with the M-16 rifle at the range.

Between a student's junior and senior year, cadets will attend the Cadet Leadership Course at Fort Knox, KY. This camp is designed to solidify a cadet's ROTC experience and ensure that they are prepared to become an officer in the U.S. Army. Students from all Army ROTC battalions nationwide are required to attend this camp. The Eagle Battalion cadets consistently rank among the top in camp performance.

If you are athletic, enjoy team spirit, have a drive to win, and just love the whole Army infantry experience, Ranger Challenge is probably for you. The team provides cadets with another opportunity for exciting and challenging training. Ranger Challenge is Army ROTC's "varsity sport." Annually, more than 300 universities nationwide field teams to compete in a series of challenging events. Locally, cadets compete against 21 schools and teams from Florida, Georgia, and Puerto Rico in the Brigade Competition. Training for this event includes rigorous physical fitness workouts, information classes on various 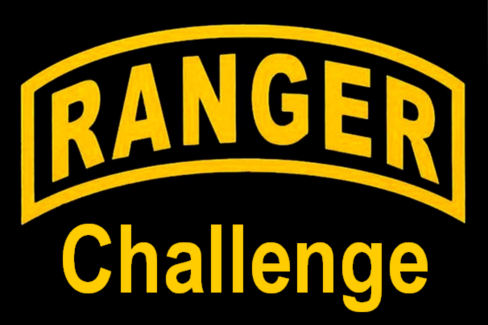 elements of light infantry tactics, and a weekend Field Training Exercise where the team practices rifle marksmanship, rope bridge, land navigation, and other infantry skills. The Eagle Battalion team has a strong reputation as a winner. Despite the fact that neither Stetson nor Embry-Riddle are a military college like many of our competitors, the team placed first within the Brigade twice in the past five years. In addition, our team was invited to the Sandhurst Competition three times. Sandhurst takes place during spring at the United States Military Academy in West Point, New York. This is a major international event involving teams from the United States, Great Britain, Canada, and Germany. Participation and success in this competition have always been the goal of our team. During the 2002 Competition, our Ranger Challenge team placed 9th out of 46, beating all the ROTC teams, 26 of the West Point teams, all the other Academy teams, the Canadian team, and the German team. 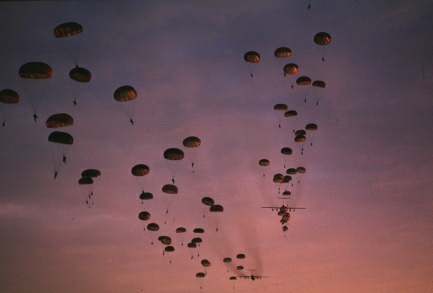 This physically demanding three-week course trains soldiers to conduct military parachute operations. During the final week of the course, cadets conduct five parachute jumps as a prerequisite to Airborne graduation.

This physically demanding, 12-day course trains soldiers to conduct military operations with Army Aviation support. In addition to a challenging physical training program, the course includes instruction in the preparation and inspection of external helicopter sling loads, rappelling from helicopters, and a 12-mile timed road march in full combat gear.

This three-week course provides training in the skills required for survival, movement, and the conduct of military operations in mountainous terrain and cold weather. Emphasis is placed on basic military mountaineering skills.

A two-week course that is designed to develop and train the leadership and technical skills needed by Army personnel to perform mountaineering tasks in a realistic mountain environment. It provides students with the practical, hands-on experience in the application of tactics and techniques effective for mountain operations.

Available to cadets in the summer between their sophomore and junior years. CIET provides a unique opportunity for cadets to experience the work environment of an active duty Second Lieutenant. It is an intense four-week presentation into what Army life will be like, the purpose of the course is to help motivate and test the Cadets on their future endeavors. While attending CIET, Cadets will be able to have the experience and the responsibilities of being an Officer while also developing a sense of courage and confidence in their abilities to become a leader in the United States Army. Cadets will be given missions and tasks to complete just as they would in an Active Army setting to prove that they will be efficient leaders.