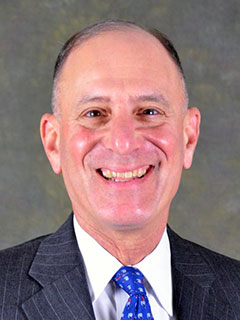 He has served as chair of the College of Law's Board of Overseers, chairman of the Ruth Eckerd Hall, Inc. and former president of the Stetson Lawyers Association.

Having served on the Board in an ex officio capacity since 2007, Magidson was elected to the Board of Trustees in 2016. Currently, he serves as chair of the Development & Alumni Engagement Committee.