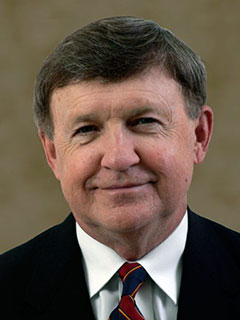 As a Stetson undergraduate, Jay Landers was president of the student body and received the Algernon Sydney Sullivan award. He attended Stetson's College of Law on the President's Award Scholarship. In the 1970s, Landers served in Florida government as the chief environmental advisor to Gov. Reubin Askew, Secretary of the Florida Department of Environmental Regulation and Executive Director of the Florida Department of Natural Resources. He left the government in 1979 to practice environmental and land-use law.

In 1996, he went into business, founding USMed, a medical finance company. The company was sold to JPMorganChase in 2007, and Landers became CEO of ChaseHealthAdvance; he retired in 2009. In Tallahassee, Landers has served as chair of the Tallahassee Urban League, the Southern Scholarship Foundation and Goodwood Museum. He currently is on the board of the FSU Research Foundation.