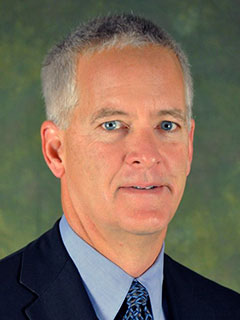 Until he retired in 2008, Dean Hollis was president and chief operating officer of ConAgra Foods (CAG). In that role, Hollis developed and executed a worldwide business transformation strategy, while overseeing the largest part of the ConAgra Foods portfolio, including its $12 billion consumer and customer branded businesses, consisting of over 40 global brands in 110 countries.

A 1982 graduate of Stetson, Hollis is the third of four generations to be actively involved with Stetson. He was awarded the Distinguished Alumni Award in 2005 and has served on the Board of Trustees since 2000.

Hollis and his wife, Lisa, currently reside in Omaha, Nebraska, with their five children, where he enjoys spending time with his family, supporting charitable organizations and scuba diving.