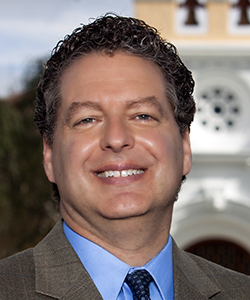 Professor Fox writes and teaches in the areas of constitutional law, contract law, American legal history, and poverty law. His work has been published in journals such as the University of Pennsylvania Journal of Constitutional Law, the Yale Law Journal Forum, Constitutional Commentary, the Alabama Law Review, the Howard Law Journal, and the Washington University Law Quarterly. Professor Fox's current research focuses the how the ideas and experiences of African Americans in the nineteenth century can expand notions of constitutional law and the ways we think about constitutional history and interpretation. His work also looks at the intersection of civil society and public sphere theory as they relate to citizenship and freedom. Professor Fox served as Associate Dean for Academic Affairs from 2018-19 and Associate Dean for Faculty Development from 2009-12. In addition to his teaching and research, Professor Fox has also been a member of the board of directors of Gulfcoast Legal Services (twice serving as President) and served as Chair of the Section on Legal History of the Association of American Law Schools in 2014-15.

The Constitution of Black Abolitionism: Re-Framing the Second Founding

This article seeks to recover nineteenth-century African American constitutionalism by focusing on the rich contributions to constitutional ideas of freedom and citizenship contained in the antebellum Black Convention Movement. Citation: 23 U. Pa. J. Const. L. 267

This essay explores three works by Progressive-Era Black writers and activists Thomas Fortune, Ida Wells, and W.E.B. Du Bois and how their focus on the interdependence of capitalism and racism helps explain the tension in the Supreme Court’s embrace of racism in Plessy v. Ferguson and apparent support for racial equality in post-Lochner cases of the 1910s. Citation:, 130 Yale L. J. Forum 398

Professor Fox joined the Stetson faculty in the fall of 2000. He graduated magna cum laude in 1990 from the University of Michigan Law School. At Michigan, Professor Fox became a member of the Order of the Coif and served as editor-in-chief of the Journal of Law Reform. After law school, he clerked for the Honorable Phyllis Kravitch on the United States Court of Appeals for the Eleventh Circuit. He was an associate in Washington, D.C., with Covington & Burling where his practice focused on complex tort and insurance litigation. He also served as a temporary staff attorney for the Neighborhood Legal Services Program in Washington. Before joining the faculty at Stetson, Professor Fox taught at Mercer University Law School.