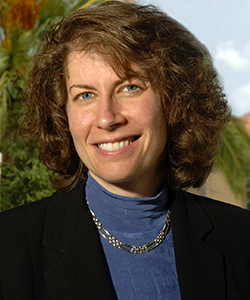 Professor Susan Rozelle joined Stetson's faculty in 2009 after having taught at the University of Oregon, Seattle University, and Capital University. Prior to joining the legal academy, Professor Rozelle clerked for the Massachusetts Appeals Court and the Supreme Judicial Court of Massachusetts. Her work with Nutter, McClennen & Fish, founded by former U.S. Supreme Court Justice Louis Brandeis, focused on appellate practice.

Professor Rozelle's pro bono contributions include co-authoring an amicus brief for the National Association of Criminal Defense Lawyers in Uttecht v. Brown (2007) regarding the proper limits of death qualification and joining amici in Flores-Figueroa v. US (2009) and Blueford v. Arkansas (filed 2011) on issues of men's rea and double jeopardy, respectively. She is the past chair of the Association of American Law Schools Criminal Justice Section and the current chair of the AALS New Law Professors Teaching Materials Network.

Professor Rozelle's primary research interests lie in the areas of criminal responsibility and death qualification. Her scholarship has been cited by the New York Governor's Council on Capital Punishment, and by the Law Commission for England and Wales in its Report to Parliament recommending reform to the law of murder and manslaughter. Two of her articles spent a collective six weeks as "top-10 downloads" from the Social Science Research Network in the areas of Criminal Law, Criminal Procedure, Corrections and Sentencing Law and Policy, and Evidence and Evidentiary Procedure. She has presented at scholarly conferences across the country, from Georgetown University Law Center to the University of California at Berkeley. A featured legal commentator in the popular press, Professor Rozelle also has appeared on the ABC, CBS, NBC, and FOX evening news, as well as on NPR and FOX News Radio.