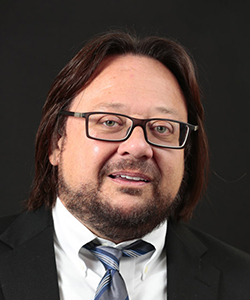 Professor of Law, Charles A. Dana Chair and Director, Center for Excellence in Higher Education Law and Policy

Professor Lake teaches and writes in the areas of torts, higher education law and policy, insurance, and jurisprudence, and has won several awards for his teaching and scholarship. He is an internationally-recognized expert on higher education law and policy and has been quoted or referred to in the New York Times, Wall Street Journal, USA Today, Chicago Sun Times, The Chronicle of Higher Education, Inside Higher Ed, Time, Newsweek, Cosmopolitan, various reported legal decisions including the supreme courts of Virginia, California, Massachusetts and Florida, and the most recent Restatement of the Law of Torts. He has appeared on several major media networks including NPR, ABC and CNN. Professor Lake has authored numerous law review articles and other publications, including five books: The Four Corners of Title IX Regulatory Compliance: A Primer for American Colleges and Universities (Hierophant Enterprises, Inc. 2017), Higher Education and the Law: Cases and Materials [with Judith Areen] (West Academic Publishing 2014), The Rights and Responsibilities of the Modern University: The Rise of the Facilitator University (Carolina Academic Press 2013), Foundations of Higher Education Law & Policy: Basic Legal Rules, Concepts and Principles for Student Affairs (NASPA 2011), and Beyond Discipline – Managing the Modern Higher Education Environment (Hierophant Enterprises, Inc. 2009).

Professor Lake is a highly sought after speaker and futurist, particularly in the field of higher education law and policy, where he has served as a presenter or keynote speaker at several hundred international, national, regional, and local meetings. Professor Lake received a major national award from the Alpha Chi Omega women's fraternity when he received the Vision Award at their convention in 2003. He also was honored as the featured author at the 2008 Pivotal Publications Colloquium at the University of Connecticut, and as the distinguished speaker for the 18th annual Jack Beyerl Student Affairs Lecture at Ball State University in 2013.

Over the years and in recognition of his work, Professor Lake has served on several boards, including the board of editors of the Journal of College and University Law, the Center for Academic Integrity, the review board for the U.S. Department of Education's Higher Education Center, the academic advisory board of Alpha Delta Pi Sorority, and the board of advisors to The Network. Professor Lake served on the roundtable for the development of Student Mental Health and the Law: A Resource for Institutions of Higher Education (2008), published by the JED Foundation, and was an Advisory Board member for Balancing Safety and Support on Campus: A Guide for Campus Teams (2012), published by the Jed Foundation and the Higher Education Mental Health Alliance. Professor Lake was also involved in the VTV Family Outreach Foundation's 32 National Campus Safety Initiative (32 NCSI) project, serving as the chair of the council of experts, and currently serves as an educational advisor to SurvJustice. He also serves as the chair of Stetson University College of Law's Annual National Conference on Law and Higher Education, which is held in Clearwater, Florida, each February. In 2018, he signed on as a Senior Higher Education Consulting Attorney with the prestigious law firm of Steptoe & Johnson PLLC.