Professor of Law, Co-Director of the Institute for Biodiversity Law and Policy, and Director, Stetson Law Honors Program 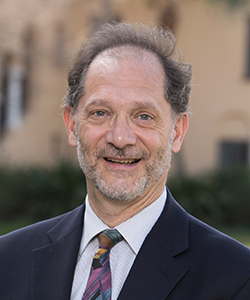 His book The Housing Bias explored the effects of exclusionary zoning against low-cost housing. He founded and wrote the Land Use Prof Blog from 2006 to 2009. He is currently working on a book about the role of the suburbs in modern America.

Professor Boudreaux is the editor of the Journal of International Wildlife Law and Policy, which has published articles from scholars across the world for more than 20 years. He advises national and local environmental groups.

After clerking for the late Judge George Revercomb of the U.S. District Court for the District of Columbia, he worked at the U.S. Department of Justice, where he litigated civil cases in federal courts across the nation for more than a decade.