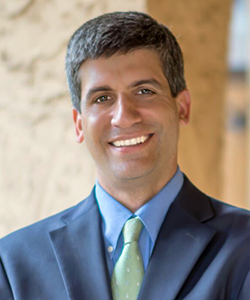 Louis Virelli is a Professor of Law, teaching courses in Administrative Law, Civil Procedure, Constitutional Law I, and the Separation of Powers. Professor Virelli has received the Dickerson-Brown Award for Excellence in Faculty Scholarship and the Branton Excellence in Teaching Award. He regularly coaches one of Stetson's moot court teams and is the faculty advisor to the Stetson chapter of the American Constitution Society, the Stetson Law Democrats, and the Federal Bar Association.

Disqualifying the High Court: Supreme Court Recusal and the Constitution

A study of the history and constitutional law of recusal at the Supreme Court. The book argues that statutory recusal standards for the Court unconstitutionally interfere with the Court's judicial power under Article III and reimagines Supreme Court recusal in light of that conclusion.

Immediately prior to joining Stetson, Professor Virelli served for five years as a trial attorney in the Civil Division of the United States Department of Justice in Washington, D.C. He graduated from the University of Pennsylvania Law School, where he was named best oralist in the law school's Keedy Cup Moot Court Competition and served as an Articles Editor on the University of Pennsylvania Journal of Constitutional Law. After law school, Professor Virelli clerked for Judge Franklin S. Van Antwerpen of the U.S. District Court for the Eastern District of Pennsylvania and Judge Leonard I. Garth of the Third Circuit.