Associate Professor of Law and Director of Clinical and Experiential Education 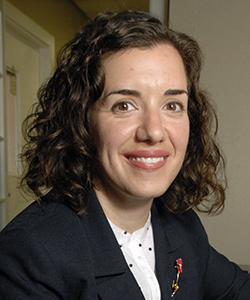 Her legal career was completely interrupted by Hurricane Katrina when she relocated to the Tampa Bay/St. Petersburg area and became a staff attorney at the Sixth Judicial Circuit. This change in career was during the 2008 mortgage foreclosure crisis at a time when Florida was deeply impacted by an overload in filings. During her time at the Sixth Circuit, she became licensed in Florida and learned many aspects of Florida civil practice.

She began her teaching career as a visiting  professor at Stetson and then accepted a director position at Atlanta's John Marshall Law School. She returned to New Orleans in 2012 in a newly labeled academic position Director of Skills and Experiential Education at Loyola College of Law to help transform Loyola's skills curriculum where she designed practice tracks which are still part of Loyola's curricular offerings.

She joined Stetson College of Law in 2017 in the role of Director of Clinical and Experiential Education to build upon the long history of clinical training at Florida's first law school. While at Stetson, she created a new course entitled Disaster Law Primer and Externship and Covid-19 and the Impact on the Civil System.

Her scholarship is dedicated to disaster law and preparedness, the self-representation crisis and civil Gideon and legal education reform. Professor Cerniglia believes to "bloom where you are planted" and to take each day as an opportunity to connect to people and learn through experience.

She holds active licenses in both Florida and Louisiana.