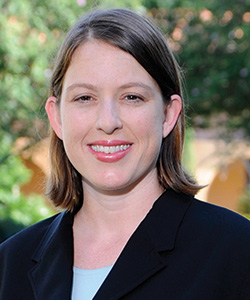 Professor Catherine Cameron teaches and researches in the areas of legal writing and media law.

Professor Catherine Cameron teaches and researches in the areas of legal writing and media law. She frequently publishes articles and presents on the topics of legal reader comprehension and reporter access rights. Professor Cameron also authored a book with Professor Lance Long, titled The Science Behind the Art of Legal Writing.

Professor Cameron earned a bachelor's degree in journalism, a master's degree in mass communications, and a law degree from the University of Florida. She worked for the Reporters Committee for Freedom of the Press, a non-profit organization that specializes in media law issues in Washington, D.C., where she filed amicus briefs in high-profile cases affecting the media, including two cases before the U.S. Supreme Court. She also spent several years working as a staff attorney for the Eighteenth Judicial Circuit before joining Stetson's faculty.