Stetson's Moot Court Board is composed of a select group of students who compete in interscholastic moot court competitions throughout the United States.

Stetson teams compete year-round, including summer. Teams are usually comprised of two or three members; however, some teams are much larger and occasionally students compete on teams with members of other advocacy boards.

Competitions cover a wide variety of legal fields, including some of the following:

Although the subject matters vary, all competitions are based upon a bifurcated model that requires teams to submit an appellate brief and perform a series of oral arguments. Written and oral arguments are constructed using real law in response to problems that are based upon hypothetical facts and lower court decisions. Generally, briefs must be written exclusively by team members with no outside input and are usually submitted approximately one month before the oral argument component.

During the intervening period, students practice their oral arguments and are coached extensively by Stetson faculty, judges, practicing attorneys, and other members of the Moot Court Board. During the oral argument component, students compete against teams from other law schools before panels of attorneys and judges. Most competitions rank teams based on a combination of their brief and oral argument scores and confer a variety of team and individual awards, such as Best Brief, Best Individual Oralist, and Best Team.

Membership in Stetson's Moot Court Board is a highly coveted and prestigious distinction that greatly enhances members' law school experience. Students who possess a drive for excellence and wish to hone their written and oral advocacy skills are strongly encouraged to seek membership on the Moot Court Board. 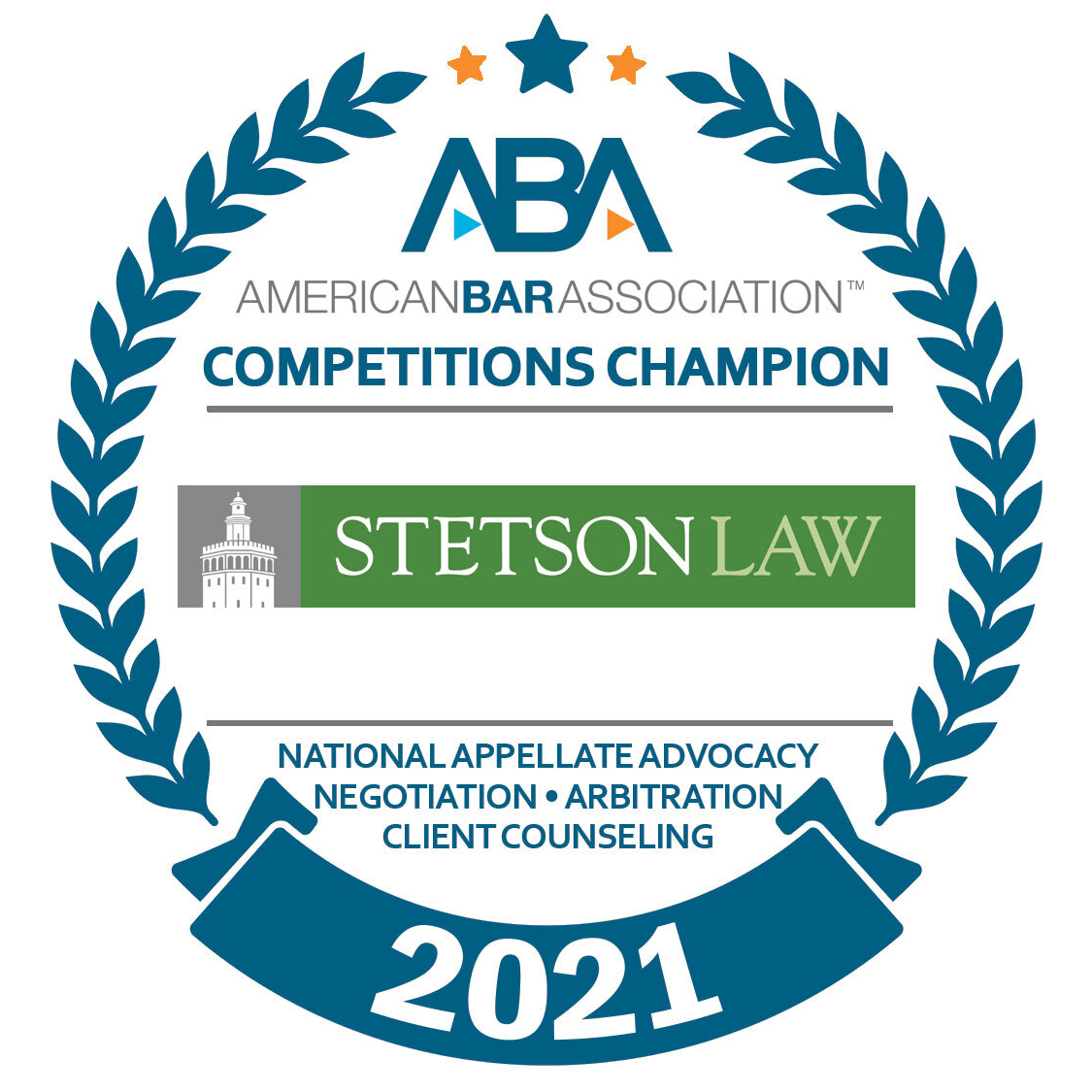