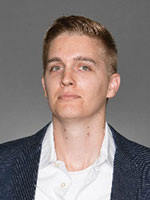 Robby McDonald is a third-year student from Tampa, Florida Editor-in-Chief of the Journal of Comparative and International Aging Law and Policy. He received a B.A. in sociology and philosophy from University of South Florida. Since beginning law school, he has worked in private practice, clerked for Magistrate Sean Cadigan and Chief Judge Ronald Ficarrotta of the 13th Judicial Circuit Court, and worked under General Counsel Melissa Spangler at Raymond James Trust, N.A. He is co-chair of the elder law concentration and an associate member of Stetson Law Review. In his free time, he enjoys spending time with his family, hiking, and cycling. 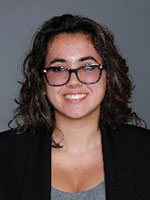 Melissa Micceri is a second-year law student and serves as a associate editor. She is the treasurer of Phi Alpha Delta Law Fraternity, a Stetson student ambassador, intern for the Honorable Susan H. Rothstein-Youakim, and member of the Bruce Jacob-Chris Altenbernd Inn of Court. She graduated from the University of Tampa with a B.A. in History. She is from Tuckahoe, New York, and plans on practicing in New York after graduating from Stetson. In her free time, Melissa enjoys baking, watching sports, and hanging out with friends and family. 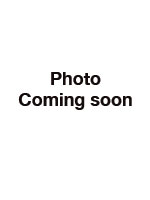 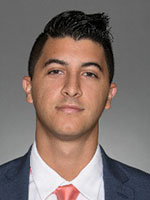 Anthony Orlando is a third-year student and an associate editor for the Journal. He is from New Port Richey, Florida, and earned a B.S. in Political Science from Florida State University, with a certificate in Emergency Management and Homeland Security. Anthony currently clerks at Merlin Law Group in Tampa, specializing in first-party property disputes on behalf of policyholders. Outside of law school, he enjoys golfing, traveling, exercising, and watching football. 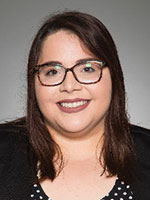 Kimberli Quintero is a third-year law student and serves as a senior research editor. She is also an associate member of the Stetson Law Review. She graduated from the University of South Florida with a B.A in History and a B.A in Political Science. Outside of law school, she enjoys reading, watching movies, and playing with her dog.

Connor Smedberg is a second-year student and an associate editor for the journal. He serves as a Stetson student ambassador and is the secretary for the Labor and Employment Law Association. Smedberg is also a Themis Bar Review representative, a member of Pi Alpha Delta, the Co-chair for Stetson's Intramural Softball, and recently participated in Stetson's study abroad program in Oxford, England, this past summer. He is from West Hartford, Connecticut, and graduated from the University of Tampa with a B.A. in Communication. Outside of law school, Connor enjoys playing intramural sports, hanging out with friends and family, and going to Sunday church.