Campus Improvements: I know what Stetson did last summer

Close your eyes and step back in time.

It’s June 2015, and you’re home, lounging by the pool and unwinding under the summer sun.

Stetson’s Facilities Management department was, perhaps, the last thing to cross your mind. However, you were first on theirs.

During this past summer, Facilities Management improved and created numerous features to improve the campus and, through those means, improve student life.

Enjoy this tour through the following Welcome Center Construction Slideshow: 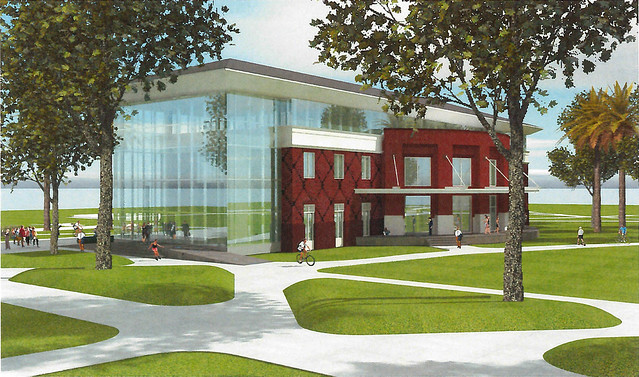 Al Allen, associate vice president for Facilities Management, provided a detailed list of exactly what improvements were made this year while the majority of the students were away.

From hall to hall and building to building, changes were made, ranging from the necessary to the accommodating.

Residence halls are important to student wellbeing. They’re not exactly home, but it’s the closest many of us have to that. We sleep there. We eat there. We even occasionally do homework there.

Gordis Hall: The corridors, the bedrooms and the bathrooms were renovated. LED lighting was also installed in all areas of the building, noticeably more efficient and enduring.

Emily Hall: The north wing bathrooms were renovated and vanities were installed in each of the rooms to provide more convenience and privacy.

Chaudoin Hall: Carpeting was replaced and the hardwood flooring was restored in the north wing and in most bedrooms in the center wing.

Carson Hall: The public restrooms that serve the student lounge and the apartment on the lower level were renovated.

Hatter Hall: All heating and cooling fan coil units were serviced to give students control of the temperature in their bedrooms.

Parking: The parking problem was addressed through the New East Side Parking Area that will serve Conrad Hall, and Houses 1,2,3,4 and 5.

Because the amount of focus and attention a student is able to give to his/her studies directly correlates to the atmosphere where learning is taking place, the creation of the Hollis Family Student Success Center and the improvements made to the Writing Center, have proved invaluable toward achieving success.

duPont-Ball Library: The library is one of Stetson’s most important buildings not only for students, but for everyone. The carpeting on the second floor was replaced, and new carpeting was installed in staff offices on the lower level, improving building accessibility, and also created space and access for students to use the 3D Print Lab. Several staff offices were replaced to provide improved service for students.

Elizabeth Hall: The air conditioning and heating system for faculty offices on the second and third floors of Stetson’s signature building, as well as in Lee Chapel, was replaced. The new system is more efficient and will support our campus-wide initiative to reduce the consumption of energy. In addition, LED lighting was installed in Lee Chapel, which will increase campus efficiency, reduce consumption and provide improved lighting.

Davis Hall: Several classrooms in Davis Hall received the renovations and improvements needed, particularly in classrooms 207, 208, 209 as well as the east and west entry ways.

Flagler Hall: The bathrooms on Flagler’s second and third floors were renovated.

Gillespie Museum Annex: The entire roof was replaced and a new heating and cooling system was installed.

Lynn Business Center: The LBC’s exterior was cleaned, waterproofed and painted. Classrooms inside the LBC received new carpeting (rooms 14, 44, 45), as well as the faculty office suites 432 and 526. The Family Enterprise Institute, in rooms 224 and 225, was renovated.

Sage Hall: Carpeting was replaced in classrooms 213, 214, 218 and in the building’s study areas. Office 211/212 was renovated and new seating replaced the old in the student computer lab room 142 and the irrigation system in the greenhouse was improved.

Participating in Stetson’s rigorous athletics program is not easy, so when a few key issues in the athletics facilities are fixed and improved, the typical challenges of those early morning practices are reduced exponentially.

Edmunds Center: On the second floor, south building, the heating and cooling system was replaced, and the wood floor in the arena was refinished.

Hollis Center: The wood floors in the aerobics/dance studio were refinished.

The summer changes were relatively quick and necessary. Moreover, they were done before students returned. However, there are larger scale improvements that are still in the works for this fall semester and beyond that.

The Marshall and Vera Lea Rinker Welcome Center: This is the big project that we pass by everyday on the way to the CUB. Architectural plans are complete and the engineering is scheduled to be complete by the end of September. The actual construction of the building will begin in October and the date of completion will be during the summer of 2016.

The Carlton Union Building: Architectural plans are 95 percent complete with the engineering scheduled for completion in November 2015. Actual construction will begin early in the new year 2016, with completion in early 2018. (I, myself, look forward to seeing the newly renovated CUB before I graduate.)

It’s still only the start of the new fall semester, but it is one promised with much change.

Be sure to keep up-to-date on Stetson’s Campus Construction Projects website.

by Veronica Faison and Al Allen