New construction and major renovations are underway at Stetson University's DeLand Campus as the university moves forward with its Comprehensive Campus Plan adopted by the Board of Trustees in 2014. The plan will improve the campus experience for current and future students, parents, alumni and visitors to the university.

For the fiscal year ended June 30, 2016, the year most recently available, Stetson University achieved a positive operating outcome of $0.6 million (approximately 0.5 percent of total operating revenue). The programs based at the main campus in DeLand, Florida, and the College of Law campus in Gulfport, Florida, both achieved small positive outcomes. Overall student tuition and fees, endowment distributions and contributions make up university revenue, as shown in Figure 1. 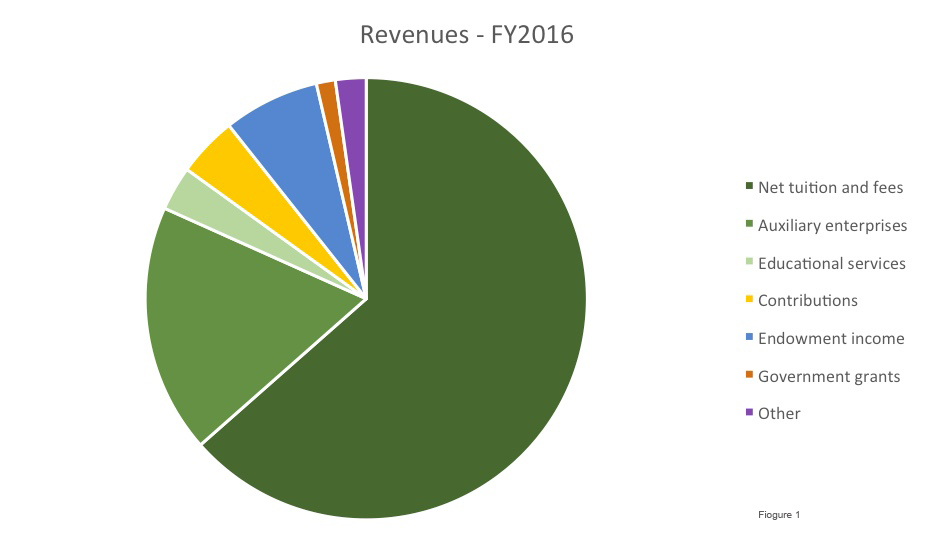 Fiscal 2015-2016 saw significant changes, challenges and opportunities. These included a new undergraduate financial aid regimen that was much more attractive to academically gifted students than expected, plus the addition of facilities to meet residential requirements of a growing undergraduate student body and success with the graduate law program in dealing with a difficult legal education environment.

The new financial aid regimen provided increasing amounts of merit assistance to the best academically able students and was well received, helping the undergraduate student body to grow by 7 percent to 2,916 full-time equivalents, ahead of schedule toward the 3,000-student goal. (The fall 2016 count increased to 3,089). Given a 3.9 percent tuition and fee increase, and a 14.4 percent increase in financial aid, the overall increase in net undergraduate tuition and fees year-over-year was 7.4 percent.

Net graduate tuition for Stetson University College of Law compared to the prior year decreased -1.6 percent as a result of approximately 4 percent fewer full- and part-time Juris Doctorate students and an 8.2 percent increase in financial aid. Stetson Law continues to enroll high-caliber students in a very difficult legal education environment, maintaining student quality and continuing the tradition of a No. 1 national ranking in trial advocacy and a No. 4 ranking in legal writing.

University educational and general expenses increased by 4 percent and are distributed as shown in Figure 2. 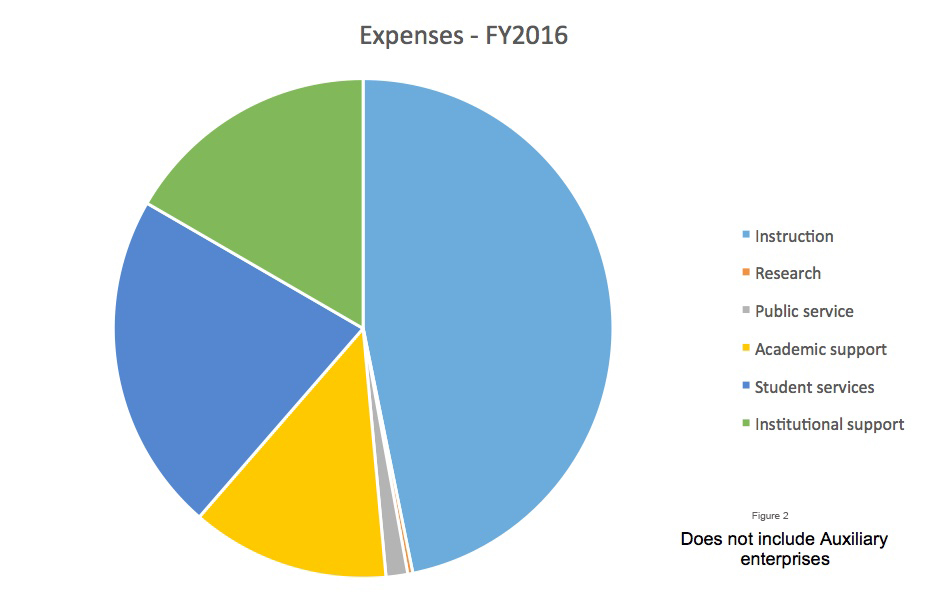 The university's endowment market value as of June 30, 2016, was $206 million, approximately 1.4 percent less than the prior year. Although $6.9 million in endowment gifts were received during the fiscal year, the negative investment performance of -1.4 percent reduced the endowment market value, as did the $9.5 million distribution from the endowment to support operations. For the fiscal year 2015-2016, the effective spending rate was 4.5 percent. Almost 95 percent of the endowment resides in a consolidated investment fund that is allocated as shown in Figure 3. 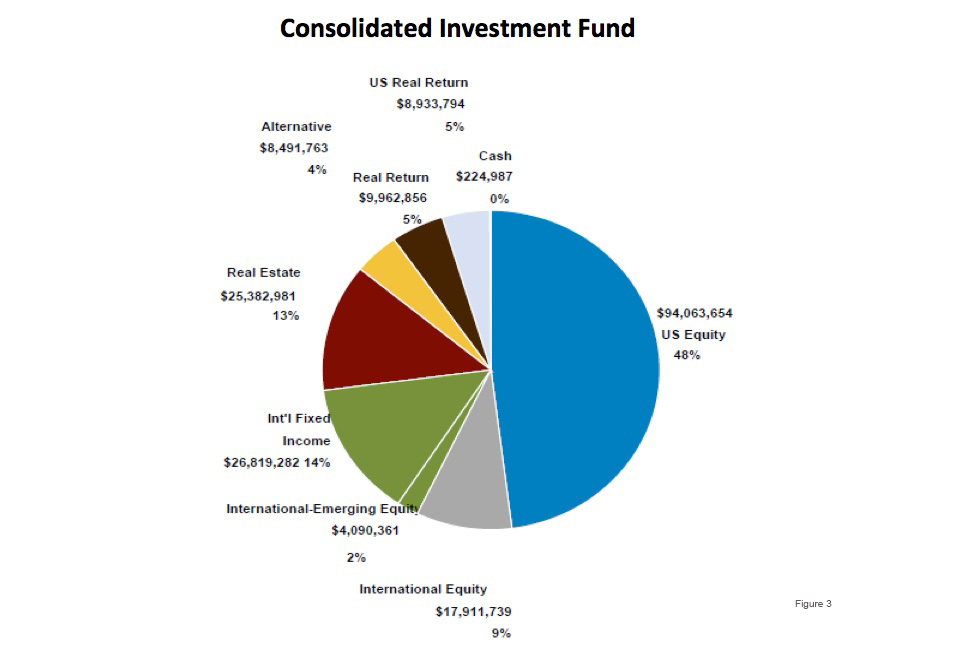