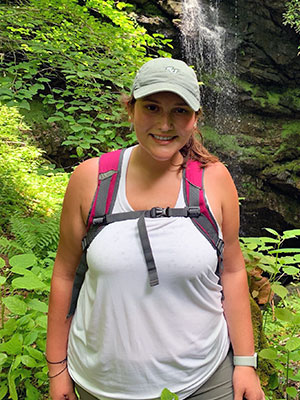 Sylvia Vellios excelled as an environmental science student during her three years at Stetson. In 2019-2020, Sylvia served as an integral member of the department by being the GIS tutor and helping students through one of the major’s most difficult courses. She also worked to build community around campus as a resident assistant, was involved in Stetson Tutors and was a member of Hatters Down Under SCUBA Club.

In addition, Sylvia served her sorority, Alpha Xi Delta, where she held leadership positions such as administrative director and facilities director. Within the Panhellenic community, she served as a Rho Gamma and as an executive member of Rho Lambda Panhellenic Honor Society.