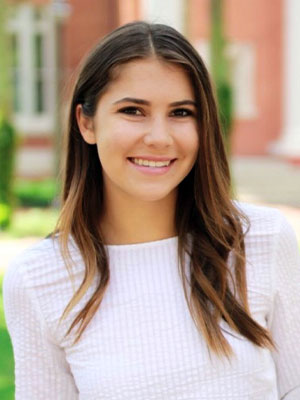 Political science major Madeline Thompson excelled since arriving at Stetson and is graduating after only three years. She is a member of Phi Alpha Delta, Pi Sigma Alpha and Phi Eta Sigma, and she served as vice-president for Phi Alpha Delta. Her senior research project, "Student Perceptions of the U.S. Professoriate: Elite Influence versus Lived Experience," seeks to understand the reason behind the common misperception that defines the United States professoriate as a liberal hegemony.

Maddy plans to attend law school after graduation and has applied to several schools. As of this writing, she has been accepted into Stetson University College of Law.