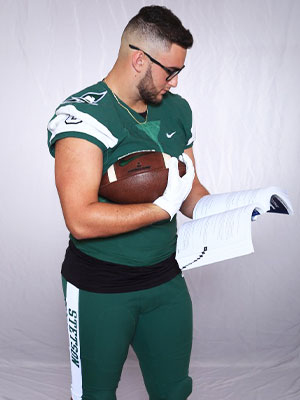 After graduation, Jason plans to attend law school. As of this writing, he has been accepted to William and Mary, Florida State University and Stetson University College of Law.