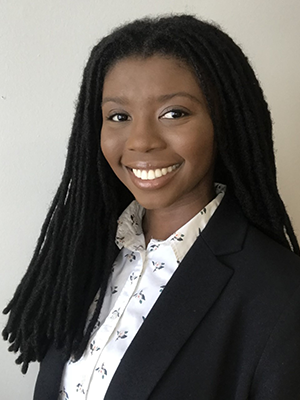 Heyley Gatewood is graduating as a double-major and a campus contributor in multiple ways. Heyley has been an active member of the Black Students Association and Stetson Hacker Space. She also has been employed as a computer science tutor for Stetson Athletics, as well as a mathematics tutor and resident assistant. In addition, off campus, Heyley founded and directed the STEM After-School Program at a nearby elementary school.

Among her many notable academic achievements, Heyley was awarded the Computer Research Association of Women Collaborative REU Research Grant for 2017-2018; she presented at several conferences, including the Grace Hopper Conference, where her group project won second place among all undergraduate research projects; and she received the mathematics/computer science department Emmett S. Ashcraft Award of Excellence in 2019.