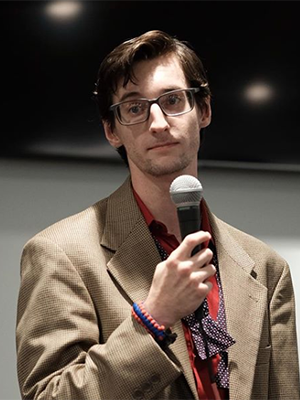 Entering Stetson as a first-year student, Brendan Dunlop announced his major in English, and he stayed that course while later adding minors in creative writing and German. Also, Brendan sang for two semesters in the Stetson Men's Chorus, and he’s a member of the Phi Eta Sigma National Honor Society and Sigma Tau Delta, the English honorary society. Additionally, this year Brendan served as vice president of the Gamma Zeta chapter of Sigma Tau Delta.

As a junior, Brendan began working as a peer tutor in the Writing Center, where he was promoted to lead tutor as a senior. He is a Sullivan Scholar in creative writing, and his poetry and fiction have been published in the 2017 and 2019 editions of Touchstone, Stetson's literary and arts journal.