Sidra Hamidi's research specialties include nuclear politics, nuclear diplomacy, and state identity. She teaches courses in international politics. She earned a PhD in Political Science from Northwestern University and was previously a Stanton Nuclear Security Fellow at Stanford University. 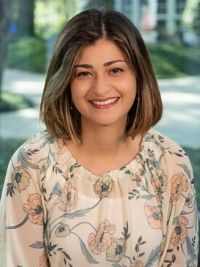 Sidra Hamidi is currently an Assistant Professor of Political Science and was previously a Stanton Nuclear Security Postdoctoral Fellow at the Center for International Security and Cooperation at Stanford University. Her current book project explores the politics of the distinction between nuclear and non-nuclear states, particularly as it applies to the nuclear status of Israel, India, and Iran. She has published in outlets such as the Washington Post and War on the Rocks and is currently working on a paper that explores the legal distinction between nuclear and non-nuclear states. Her research interests and teaching pedagogy both focus on evaluating and understanding the role of historical and sociological forces in global politics.