"Curiosity is the first step towards knowledge." 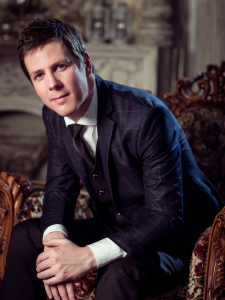 Belgian guitarist Sam Desmet started earning a reputation in the late 2000s for interpreting under-explored music of the last 200 years and has performed in Belgium, France, the Netherlands, Germany, Taiwan and the United States.

Desmet enjoys performing and recording a mix of works from well-established composers with under-explored or new repertoire. After working with composers such as Leo Brouwer, Angelo Gilardino and Simone Iannarelli, Desmet decided to record a series of their studies for the guitar on his first recording Study < > Study (2009).

Desmet often branches out by collaborating with different artists and art forms such as dance, painting, architecture, animation, film and poetry. Meanwhile, he enjoys performing chamber music with artists such as flutist Nora Lee Garcia and composer/guitarist Federico Bonacossa.

Having begun his music education in a small town where he grew up, his real connection with classical music began at the Royal Conservatory at Ghent under the guidance of his mentor Yves Storms. A year later Desmet moved to the US, continuing to explore the classical repertoire. Since, he has worked and performed in Asia, Europe and throughout the US. In 2022, several of his single recordings ranging from film music to folk song arrangements became available through streaming platforms.

In addition to performing and recording, Desmet often releases arrangements or critical editions of music scores that are available on his website or through publishers like Production dOz and Edizioni Berben / Curzi.