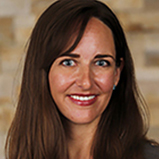 Understanding the Connectivity of the Legal Apparatuses Found in Debtfare, Workfare, and Prisonfare of the Disciplining Neoliberal State, co-authored with Linda Coco (in progress)

Co-Authored with Lucy Jewel and Teri A. McMurtry-Chubb, Antebellum Law is the Precedent for Today’s White-on-Black Violence, Race and the Law Prof Blog (June 13, 2020)

The Color of Fear: A Cognitive-Rhetorical Analysis of How Florida’s Subjective Fear Standard in Stand Your Ground Cases Ratifies Racism, 76 U. Maryland L. Rev.726 (2017)

Disaster Unaverted: Reconciling the Desire for a Safe and Secure State with the Grim Realities of Stand Your Ground, 37 Am. J. Trial Advoc. 1 (2013)

In Defense of Scholarship, 27 The Second Draft: The Official Magazine of the Legal Writing Inst., no. 1, Summer 2013, at 4

Deadly Combinations: How Self-Defense Laws Pairing Immunity with a Presumption of Fear Allow Criminals to Get Away with Murder, 34 Am. J. Trial Advoc. 105 (2010)

Contributing author to Negocio Es, Orlando, Florida, a free publication distributed in the Central Florida area whose goal is to educate the Hispanic community on a wide variety of issues. Articles were written in Spanish and covered criminal justice and family law issues relevant to Central Floridians (2005 – 2008)