Test Your Knowledge of Stetson Law!

Stetson Law has a public-private partnership with what institution that resides within the Tampa Law Center? (Answer: The Tampa branch of Florida's Second District Court of Appeal.)

Which Stetson Law faculty member has served as an academic specialist in Slovenia and Macedonia on the subjects of American contract law and the rule of law? (Answer: Candace Zierdt, Professor of Law)

What important occasion in U.S. history is depicted within the frieze pictured below, and where at Stetson is it located? (Answer: President Abraham Lincoln's signing of the Emancipation Proclamation. The scene is one of eight friezes in the Tampa Law Center atrium that depict significant moments and figures in legal history.)

Which Stetson Law faculty member has co-authored a casebook on sports law and has been certified as a NFL Players Association contract advisor? (Answer: Darryl C. Wilson, Attorneys' Title Insurance Fund Professor of Law and Co-Director, Institute for Caribbean Law and Policy)

Which Stetson Law faculty member and alumnus wrote the legal thriller "The Law of Second Chances"? (Answer: James A. Sheehan)

Which Stetson Law graduate is the president and CEO of the Atlanta Falcons? (Answer: Richard J. McKay) 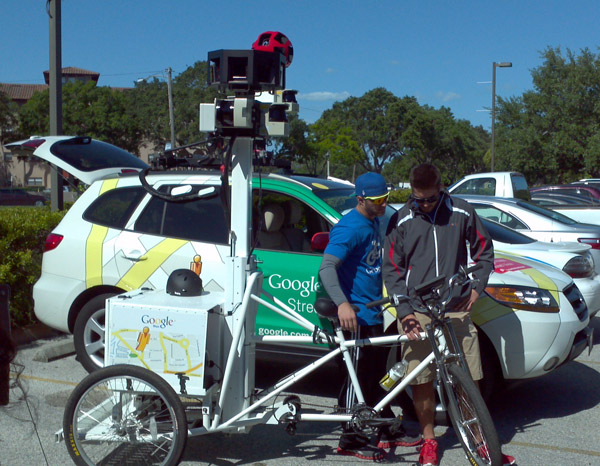 Which Stetson University graduate and past member of Stetson Law's Board of Overseers was governor of Florida during the Great Depression? (Answer: Doyle Carlton Sr.)

Where on the Gulfport campus would you find the painting that's pictured below? (Answer: Mann Lounge) 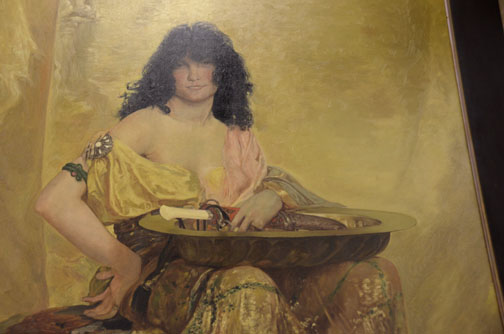 A group of Stetson Law faculty and students interested in environmental law recently traveled to the Western Everglades. They took a swamp walk and canoe trip, and they learned about cypress and mangrove swamps. What's the name of the national preserve they visited? (Answer: Big Cypress National Preserve)

In what year did all Stetson Law student living areas on the Gulfport campus have air conditioning? (Answer: 1970)

Which current Stetson Law student recently won $10,800 on the television show "Who Wants to Be a Millionaire"? (Answer: Ashley Dusnik. Congratulations, Ashley!)

What was located at the site of Stetson's Sebring Courtroom when the Gulfport campus was the Rolyat Hotel? (Answer: A kitchen.)

As of today, how many volumes are contained within Stetson Law's libraries in Gulfport and Tampa? (Answer: 420,000)

What five flags are flown together above the horseshoe drive on campus? (Answer: Florida, Seminole Tribe, Great Britain, France, and Spain. The flags represent various ruling powers during Florida's history. The U.S. flag is flown separately at the opposite end of the drive.)

How much did Stetson University pay for the Gulfport campus? (Answer: $200,000, half of which was contributed by prominent St. Petersburg-area citizens. The property was in foreclosure and had been appraised at a value of more than $1 million.)

In what year did Stetson first offer "Practice Court," a course focused on trial skills? (Answer: 1900, in the initial curriculum. It was one of the first courses (if not the first) of its kind offered at an American law school.)

What was Stetson University's original name when founded in 1883? (Answer: DeLand Academy)

What was the name of Stetson Law's first debating society, organized in 1901? (Answer: The "Kent Club")

What was the name of the popular campus cat that walked in front of the podium (to much applause) during a graduation ceremony in the 1980s? (Answer: "Porkchop")

What was previously located at the site of Stetson's Tampa Law Center? (Answer: A police station.)

How many pro bono service hours were completed by Stetson Law students during the last academic year? (Answer: Approximately 19,000.)

Rand McNally/USA Today recently named Gulfport, Fla., as one of six finalists in what category of their "2011 Best of the Road Rally"? (Answer: "Best for Food")

Which former dean of Stetson Law once served as the head football coach for the University of Florida before giving up football for a legal career? (Answer: Dean Harold L. "Tom" Sebring)

What 1957 movie was filmed on Stetson Law's Gulfport campus? (Answer: "The Strange One")