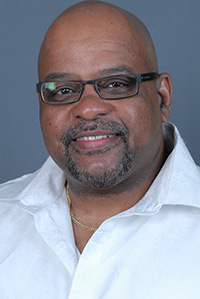 Donald Whitehead is recognized as one of the country's foremost experts on homelessness. He has more than 20 years' experience in non-profit management. In past roles,
he has served as the:

On a personal note, Donald is a stand-up comedian and actor. He has performed in six movies, and has received a regional Emmy for a role in the Showtime Movie “Open the Sky.” Donald's book, Most Unlikely to Succeed (2011), captures his inspiring life story.