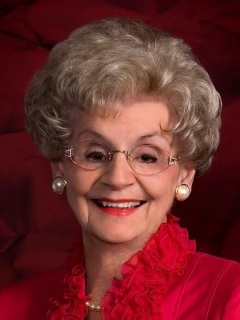 The only woman in her class, and at the age of 20, Frances "Dolly" Rutledge Hand was the youngest person at that time to graduate from Stetson's College of Law. She is extremely active in her community, leading the effort to create a performing-arts center for the Belle Glade community, which opened in 1982, and now bears her name. Her educational and cultural commitments have also led to vital community programs such as the Center's CAFE (Cultural Arts for Education) Series, which serves more than 12,000 students each year.

Hand has received numerous awards and recognitions, including Stetson's Distinguished Alumni Award, the CHIEF (Champion of Higher Independent Education in Florida) Award, Belle Glade Outstanding Citizen of Year Award, Distinguished Service Award from the Belle Glade Chamber of Commerce, the Florida Arts Recognition Award, and, in 2007, she was inducted into the Hall of Fame at the College of Law.

Hand was elected to Stetson University's Board of Trustees in 1994 and received an honorary doctorate in 2008.  She was named Trustee Emerita in 2012.  Her husband, Homer, was made an Honorary Alumnus in 2010.  In October 2010, the College of Law named the Dolly and Homer Hand Law Library in their honor.