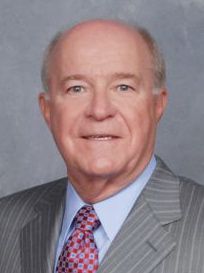 Born and raised in Central Florida, Sammy Cacciatore earned undergraduate and law school degrees at Stetson University. He joined Jim Nance's firm in August 1967, becoming Nance & Cacciatore in 1970. In addition to his trial practice, Cacciatore has served on the board of directors of the Florida Justice Association for more than 20 years, serving as its president from 1984 to 1985. He served on the Board of Governors of the Florida Bar for the 18th Judicial Circuit from 1994 to 1999.

Cacciatore is board certified in the specialty of civil trial law by The Florida Bar, certified in medical malpractice by the American Board of Professional Liability Attorneys, and certified by The National Board of Trial Advocacy in civil trial practice and civil pretrial practice advocacy. He was awarded the Clarence T. Johnson Lifetime Achievement Award by the Brevard County Bar Association and elected Trial Lawyer of the year in 2009 by the Central Florida Chapter of the American Board of Trial Advocates.

Cacciatore was inducted into the Hall of Fame at Stetson's College of Law in 2008 and is the 2011 recipient of the Florida Justice Association's B.J. Masterson Award for Professionalism. Professionally, he was lead counsel in Jones v. Hoffman, where the Florida Supreme Court was the first court in the nation to adopt comparative negligence, overturning over 100 years of prior law.

Cacciatore's wife Carolyn '63, son Sammy '90 and daughter-in-law Joey '90 are Stetson alumni as well. He is a longtime member of the Stetson University College of Law Board of Overseers and was elected to the Board of Trustees in 2000.