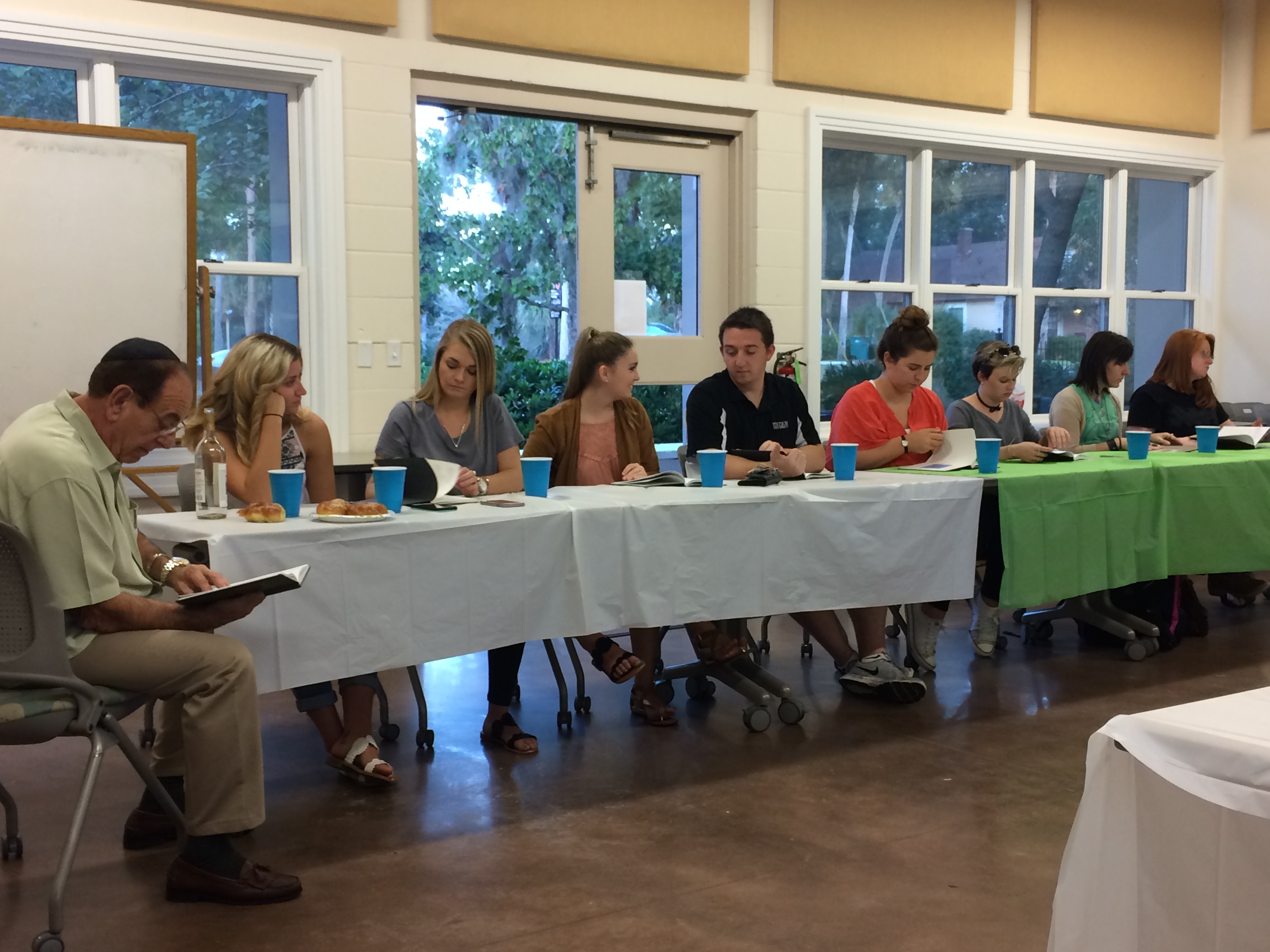 An interfaith reference calendar fosters dialogue and cooperation among the various religious traditions that make Stetson University a diverse and inclusive living-learning community. Students are encouraged to utilize the calendar to better support one another throughout the course of the academic year. Faculty and staff are encouraged to utilize the calendar when planning curriculum and to raise the level of discourse about matters of faith and practice. Finally, the interfaith reference calendar should remind and encourage students, faculty and staff to be mindful of the commitments of others. The observation of certain religious holidays may involve fasting, dietary changes or special celebrations that may occur during the day or in the evening.

Jewish, Islamic and Bahá'í holidays begin at sundown the night before the observance date listed, with the following day observed as the first full day of the holiday. The holiday concludes at sundown of the last day listed. Orthodox and observant conservative Jews stop all work-related activities from sundown on Friday to sundown on Saturday to observe Shabbat (Sabbath). Other religious traditions include similar practices. For example, Seventh-Day Adventists observe the Sabbath from sunset Friday to sunset Saturday.

Guru Gobind Singh Ji's Birthday (Sikh) – Guru Gobing Singh was the Tenth Guru of the Sikhs who initiated the Sikhs as the Khalsa (the pure ones) and is known as the Father of the Khalsa.

Epiphany (Christian) – Known as Theophany in Eastern Christianity, it celebrates the manifestation of Jesus as Christ. The Western Church associates Epiphany with the journey of the Magi to the infant Jesus and the Eastern Church with the baptism of Jesus by John. In addition, Armenian Christians celebrate the birth of Jesus on Epiphany.

Christmas (Eastern Orthodox Christian) – Most Orthodox churches celebrate Christmas 13 days later than other Christian churches based on their use of the Julian rather than the Gregorian version of the Western calendar.

World Religion Day (Bahá'í) – Observance to proclaim the oneness of religion and the belief that world religion will unify the peoples of the earth.

U.N. Holocaust Memorial Day – Annual International Day of Commemoration in memory of the victims of the Holocaust coinciding with the anniversary of the liberation of the Auschwitz death camp in 1945.

Mahayana New Year (Buddhist) – In Mahayana countries, the New Year starts on the first full moon day in January. Many Buddhists of all traditions pay their respects and pray for good fortune for the new year at the temple.

Tu B'Shvat (Jewish) – Translated as "New Year of the Trees." Traditionally, this day represented the first of the year for tithing fruit of trees. Now it is a day for environmental awareness and action, such as tree planting.

Lunar New Year – Also known as the Spring Festival, on this day, Chinese, Korean and Vietnamese New Year is celebrated.

Ash Wednesday (Christian) – The first day of Lent for Western Churches, a 40-day period of spiritual preparation for Easter.

Purim (Jewish) – A day of feasting that marks the deliverance of the Jews as told in the book of Esther.

Nineteen-Day Fast (Bahá'í) – During this period Bahá'ís go without food or drink from sunrise to sunset and set aside time for prayer and meditation.

Nowrúz (Zoroastrian) – A traditional ancient Iranian festival celebrating the first day of Spring and the Iranian New Year. Also celebrated as New Year's Day in Bahá'í tradition and marks the end of the nineteen-day fast.

Palm Sunday (Christian) – Observed the Sunday before Easter to commemorate the entry of Jesus into Jerusalem.

Good Friday (Christian) – Known as Holy Friday in Eastern Christianity, it commemorates the Crucifixion of Jesus on the Friday before Easter.

Easter (Christian) – This day celebrates the resurrection of Jesus.

Ramadan (Islamic) – A month of strict fasting from dawn until dusk in honor of the first revelations of the Qur'an to the Prophet Muhammad.

Vaisakhi (Sikh) – The festival that celebrates the founding of the Sikh community as the Khalsa.

Festival of Ridvan (Bahá'í) – For 12 days (April 21 to May 2), Bahá'ís celebrate the period when Bahá'u'lláh resided in a garden and proclaimed his mission as God's messenger for this age. The Ninth Day of Ridvan marks the arrival of Bahá'u'lláh's family to the garden, and the Twelfth Day commemorates a journey toward Constantinople made by Bahá'u'lláh, 11 family members and 26 disciples.

Theravada New Year (Buddhist) – In Theravada countries, the New Year is celebrated on the first full moon day in April.

Laila Al-Qadr (Islamic) – "The Night of Power" marks the night in which God first revealed the Qur'an to the Prophet Muhammad.

Ascension Day (Christian) – Celebrated 40 days after Easter, it commemorates the ascension of Jesus into Heaven.

Eid Al-Fitr (Islamic) – The "Feast of the Breaking of the Fast" marks the end of Ramadan, the holy month of fasting from dawn until dusk.

Shavuot (Jewish) – The "Feast of Weeks" celebrates the covenant established at Sinai between God and Israel and the revelation of the Ten Commandments.

Declaration of the Báb – (Bahá'í) – Marks the beginning of the Bahá'í faith in Shíráz, Persia (Iran).

Pentecost (Christian) – This day marks the birth of the Christian Church when the Holy Spirit descended upon the followers of Jesus.

All Saints' Day (Eastern Christian) – In Orthodox churches observed on the first Sunday after Pentecost, it commemorates all known and unknown Christian saints.

Martyrdom of the Báb (Bahá'í) – Commemorates the execution of the 30-year-old Báb by a firing squad on this date in 1850.

Ullambana (Buddhist) – Ullambana, a Sanskrit term that means "hanging upside down and suffering," honors the spirits of past ancestors and strives to relieve aching souls from suffering.

Eid Al-Adha (Islamic) – The “Feast of Sacrifice” is a three-day festival that marks the conclusion of the Hajj (pilgrimage to Mecca).

Asala Puja (Dharma Day) (Buddhist) – The anniversary of the beginning of the Buddha's teaching. On this day, he gave his first sermon after achieving enlightenment, "The Wheel of Truth."