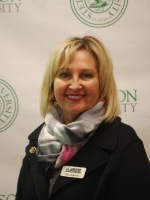 Mayor Heidi Herzberg was born in Milwaukee, WI, the daughter of German immigrants and has lived in Deltona since 1983. She was elected to the Deltona Commission in 2010 and again in 2014 before being elected Mayor in 2018.

She is an alumnus of Daytona State College and currently serves as:

Through public service and volunteerism, Mayor Herzberg recognizes the importance of partnerships, working together and using our collective resources for the greater good of not only Deltona, but the residents of all of Volusia County. 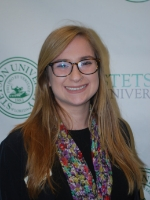 Anslee Holland is the owner and creative talent at Glass by Anslee in DeLand, Florida. She has studied at the University of Tennessee and most recently Daytona State University. Originally from Marietta, Georgia, Anslee relocated to DeLand in 2015. Although she is not a DeLand native, she has long family ties to the community. Anslee participates in numerous community activities and founded the Rotoract Club of DeLand in 2018. Anslee's goal as Rotoract President is to recruit culturally aware individuals with a strong desire to contribute to the community. In her spare time Anslee enjoys spending time with her family, friends, and her beloved dog Mr. Higgins. 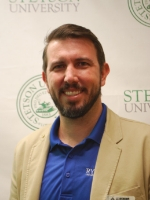 Uriah Kimming is a native of Central Florida being born and raised in Sanford. He and his wife Kim have 5 children and have been DeLand residents for the past 3 years. He works as a Commercial Insurance Advisor for Ryan Insurance and Financial. He feels blessed to live in such a vibrant business and social community. He enjoys coaching youth baseball and serving the community with his fellow Rotarians. 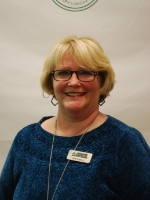 Lori Latham is the AVP, Operations officer with Mainstreet Community Bank of FL. where she has worked for the last 12 years. Lori have been in the banking industry in the West Volusia area for more than 30 years. She is happily married to her husband Eric celebrating their 28th Anniversary in March. They have 2 Children and 1 beautiful Granddaughter whom she love's spending her free time with. 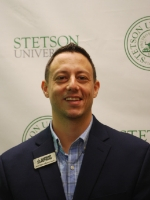 Matthew was born in Brooklyn NY but moved to Volusia County as a small child. Growing up as an only child in Orange City and graduating from Deland High School in 2002. Prior to being Partner and Vice President of Page Insurance Agency, he spent 6 years in bank management where he ultimately made the decision that he needed to do more. That lead him into the family business, developing the financial department of Page Insurance Agency. He has served on the Board of Directors for Volusia Young Professionals and was recently named a 40 under 40 honoree by the Daytona Beach News Journal for the second year in a row. Matthew is an avid Yankee fan and a long time Orlando Magic season ticket holder. He has a wife of 6 years and 2 children, ages 2 and 4. His passion for his family, his community and to truly do what is right have driven his success. 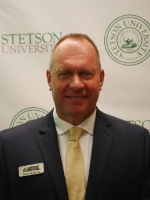 Wayne M. Miller, born in Utica, New York has been a police officer for the past 34 years. He is currently the Deputy Police Chief for the Orange City Police Department. He started his law enforcement career as a reserve police officer for the Port Orange Police Department in 1985. He worked his way up through the ranks where he retired as their Assistant Police Chief in 2015 after 30 years of service.

Chief Miller is a graduate of the FBI National Academy and the FBI Law Enforcement Executive Development Seminar, both held in Quantico, Virginia. Additionally, he holds a Bachelor's degree in Law Enforcement Management. He is on the legislative committee for the Florida Police Chief's Association. He is also an active member of the Volusia-Flagler Police Chief's Association and the International Association of Chiefs of Police.

He enjoys sports, camping and is a New York Yankees fan. He and his wife Debbie reside in Deland, Florida and they have four children and four grandchildren. 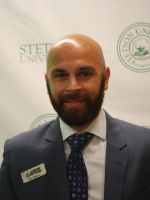 Eddie Molina is originally from Puerto Rico and was raised in Orlando from the age of 7. He joined the US Army while a senior in high school and was selected to serve as the Officer in charge of personnel and finance for US Army NATO in Naples, Italy, as a Personnel Policy Advisor to the Colombian Army in Bogota, Colombia, and completed two tours in Iraq among other things. Eddie retired in 2017 after 20 years of service and will be graduating with his Master of Business Administration from Stetson University in May 2019. He currently works as a Procurement Analyst for Volusia County and is a member of multiple civic organizations. Eddie looks to apply his leadership experience by contributing to his community as much as possible with the hope of setting a good example for his kids to emulate. 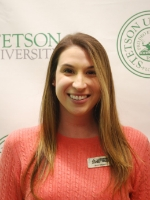 Alyson Morelli was born and raised in Ormond Beach, Florida. Ms. Morelli became a double Seminole after earning her bachelor's degree in economics and her law degree from Florida State University. Upon graduating from FSU College of Law, Ms. Morelli returned to Volusia County to begin her career as an attorney with Astrid de Parry, P.A. in DeLand, FL. Since returning to Volusia County, Ms. Morelli has become involved in the community as a member of the DeLand Rotary Club, a volunteer at Great Kids Learning Center and a member of the Volusia County Bar Association. 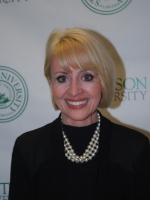 Robin Roper is the Director of AdventHealth DeLand Foundation. She oversees the marketing, communication and development strategies for the Foundation fostering community partnerships and programs that will enable the AdventHealth Foundation to be an effective vehicle to further the hospital's mission of extending the healing hands of Christ. Prior to serving at the Foundation, Robin worked in the marketing department at AdventHealth DeLand. Before joining AdventHealth, Robin worked at John Knox Village of Central Florida. With over twenty years of public relations and marketing experience, Robin began her marketing career with Marriott International. She has worked as a reporter in Washington, D.C. and continues to write for many media outlets. Robin and her son, Paul live in the West Volusia community and like to volunteer their time helping non-profits focused around animal rescue. 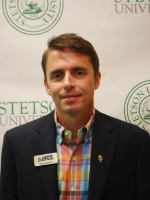 Sasha Salerno is originally from Falmouth, Massachusetts. He came to DeLand in 1993 to attend Stetson University, where he obtained a BS in Geography. After graduation, he apprenticed in the automotive field for several years before starting Campus Auto and Campus Towing in 2005. He is an active member, and has held several leadership positions, in the DeLand Breakfast Rotary. Sasha is married to Rachel and has two children, Sophia and Alexander.